Wakan Tanka: Great Ideas to Save the World! 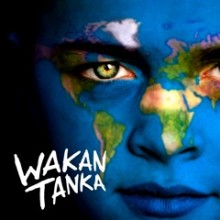 In the First Nation Lakota Sioux language, Wakan Tanka (Standard Lakota Orthography: Wakȟáŋ Tȟáŋka) is the term for “the sacred” or “the divine”. This is often translated as The Great Spirit.

At ClimateMama we regularly like to share with you the amazing work, project and ideas of our partners and fellow climate leaders. Today we want to showcase for you a very special and innovative film project, Wakan Tanka, commissioned by the Institute for Sustainability Education & Action (I-SEA).

As Climate Mamas and Papas, we KNOW that this film – its ideas and it’s focus on what we can all do to help our children and our mother earth – will resonate with you. Wakan Tanka, the film, can help us all learn about the many ways that we can inspire, create change and truly make a difference as we face the greatest challenge of our lifetime, climate change, together.

Wakan Tanka, meaning in the First Nation Lakota Sioux language “Great Spirit,” is a powerful documentary film which interweaves the voices of environmental and aboriginal elders with a captivating fictional story that will engage youth on climate change.

The fictional journey follows Zak, a 13 year-old boy, as he makes his way across a nightmarish cityscape to find his way to the safety of his grandparent‘s house. Zak‘s journey through the city represents the journey humankind would have to make in order to rebuild a deeper connection with nature.

Wakan Tanka has the potential to influence millions of young people through the networks of the environmental elders and experts involved in the project and the international bands contributing songs. Between the deep wisdom of these elders and the inspiring music, the film highlights the struggles we face if we continue on our current path and the many alternative pathways to a sustainable future. ‘Please check out the teaser videos here.’

In addition to 10 famous international bands that have contributed tracks, the following elders and experts have gratefully volunteered their time and commitment to the Wakan Tanka project:

Wakan Tanka has been commissioned by the Institute for Sustainability Education & Action a charitable non-profit based in Canada in partnership with UK non-profit A Purpose for Life Foundation, and produced by Substantial Films, UK .

We are in post-production now and only $60,000 from our goal. We’ve recently launched an Indiegogo campaign. (TAX RECEIPTS AVAILABLE UPON REQUEST FOR CANADIAN DONATIONS OVER $20.00)

Please donate today and spread the word on your social networks and in your communities about Wakan Tanka. Together we can make a difference. Thank you so much!

Anna Larrina is a filmmaker and activist as well as the Project Coordinator for the Wakan Tanka Film Project.

P.S. Now that you are excited about the film, grab the kids in your life, and take a few moments to watch this short movie trailer.

Together we CAN change the world..