The Bill and Melinda Gates, Annual Letter & Why we need to Discredit Myths

The belief that the world can’t solve extreme poverty and disease isn’t just mistaken. It is harmful. Bill Gates

As part of the Global Team of 200, we are thrilled to come together with bloggers from around the country to write about a given topic and elevate issues of mutual concern and interest by helping our respective audiences learn something new; something that they can then teach their families, friends and colleagues. 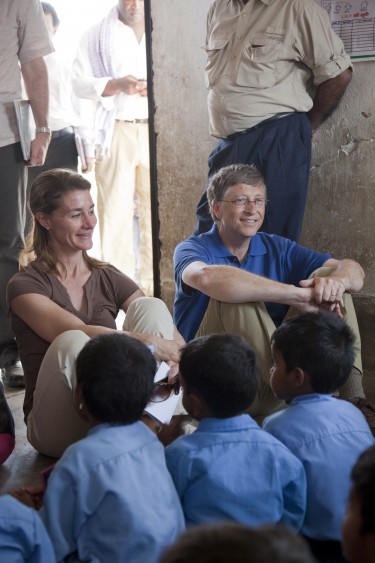 Our first collective project this year is to share the Bill and Melinda Gates Annual Letter. The letter forcefully dispels the following 3 myths about the global effort to end extreme poverty: poor countries are doomed to stay poor; foreign aid is a big waste; and saving lives leads to overpopulation.

Let’s take these Myths one at a time:

“I am optimistic enough about this that I am willing to make a prediction. By 2035, there will be almost no poor countries left in the world. (I mean by our current definition of poor.) Almost all countries will be what we now call lower-middle income or richer.” Bill Gates 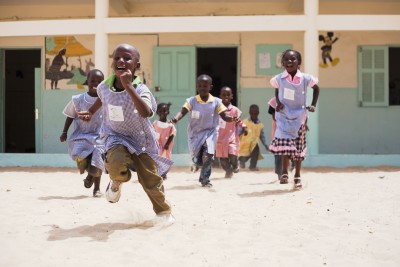 The Myth: Foreign aid is a big waste.
The Facts: Health aid is a phenomenal investment. When I look at how many fewer children are dying than 30 years ago, and how many people are living longer and healthier lives, I get quite optimistic about the future. The foundation worked with a group of eminent economists and global health experts to look at what’s possible in the years ahead. As they wrote last month in the medical journal The Lancet, with the right investments and changes in policies, by 2035, every country will have child-mortality rates that are as low as the rate in America or the U.K. in 1980.

The Myth:Saving Lives Leads to Overpopulation
The Facts: Saving lives doesn’t lead to overpopulation. In fact, it’s quite the opposite. Creating societies where people enjoy basic health, relative prosperity, fundamental equality, and access to contraceptives is the only way to secure a sustainable world. We will build a better future for everyone by giving people the freedom and the power to build a better future for themselves and their families.

Grab the kids in your life and have Bill Nye, the Science Guy help them clearly understand these facts!

As we dispel these myths about poverty and aid, so too would we like to dispel another myth which has been perpetuated in too many circles in the USA.
The Myth: Human caused climate change is undecided.
The Fact: To echo President Obama’s words from his January 28th, 2014 state of the Union: “…the debate is settled. Climate change is a fact. And when our children’s children look us in the eye and ask if we did all we could to leave them a safer, more stable world, with new sources of energy, I want us to be able to say yes, we did.