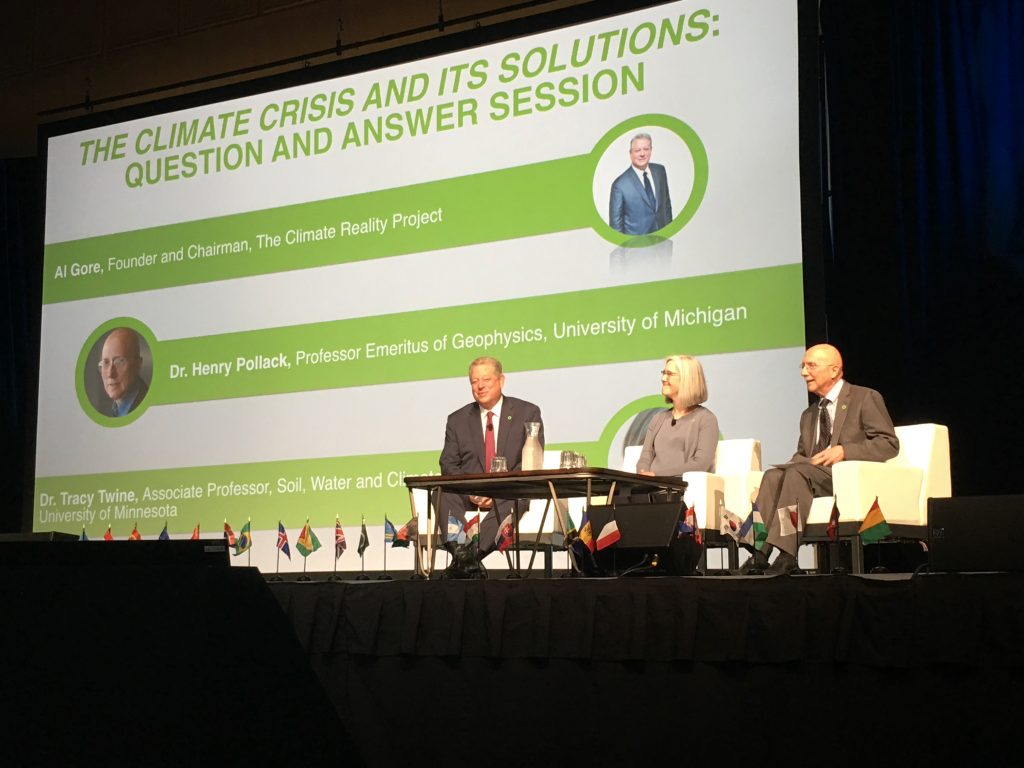 I just returned from our Climate Reality training in Minneapolis, Minnesota. As is always the case, I return home recharged; ready to speak truth to power. I am refilled with resolve and determination in large part because of the incredible people I meet at our Climate Reality trainings. People come from across the country and around the world to learn skills and gain knowledge that will help them work with people in their own communities.Together, Climate Reality leaders work with allies to educate the public and to move people forward on developing climate plans that can be implemented effectively to bring about a just transition to climate safe future. A big part of this is comes through education; sharing the facts and helping people see that each of us has a role to play in creating climate solutions. We know however, that we each have differentiate degrees of power, and those elected to serve our country often have significant power to do effect and impact change. Our responsibility as the electorate, demands that we engage with those who want our votes, and see if they are up to speed on the reality of the climate crisis and if they have solid plans for taking action. We need everyone, from all parties to be working together on our climate emergency. Sadly, in the USA today, this is not the case.

We are pleased to offer our blog page to Stacy Clark so that she can share her views and perspective. Stacy is a climate science advisor, writer and dear climate reality friend. Stacy, like many of us, is frustrated, disappointed and angry with the slow pace of progress on on our climate crisis and the snail’s pace of climate action at the national level. Stacy shares her thoughts on the importance of a debate on the climate crisis.  For us at ClimateMama,  we think a climate debate would bring forward thoughts, ideas and intersectional plans to address many of  the concerns and passions of voters across the country. We mustn’t silo our climate crisis as if it is a single “issue area.” Our climate emergency impacts everything;  all governmental policies and plans, and all levels of government should account for how the policy will mitigate climate change and also build up our resiliency as we live climate change for the rest of our lives.

The views expressed below are those of Stacy Clark. 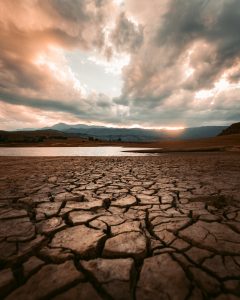 It’s getting harder to dodge the surging temperatures. I just returned from France, where Paris hit a record-breaking 109°F on July 25th  and southern France topped out over 110°F. My family and I had left the City of Lights a few days earlier for Normandy, hoping to escape the worst of the heatwave. But in Courtonne-la-Meurdrac, it was all we could do to wait-out the oppressing 107°F. All this mayhem was accompanied by soaring mercury around the globe. Britain shattered its records, as did Belgium, The Netherlands, South Asia and cities across the eastern two-thirds of the United States. There are fires in southern Europe and unexpected places like the Arctic and Alaska, water scarcity in India, rapidly melting glaciers in the Himalayas and sea level rise threatening the very existence of Fiji and the Solomon Islands. There will soon be few places that are safe from the planetary distress we’re witnessing.

Of course, there are many challenges ahead. Health care, the Border, foreign intervention in elections, data mining, human trafficking, women’s rights, race relations and prison reform are all gravely important issues. But in the absence of a livable planet, the risk for which appears to be arriving sooner than was predicted just five years ago, it’s hard to justify a campaign focused on anything but climate action as its primary issue. 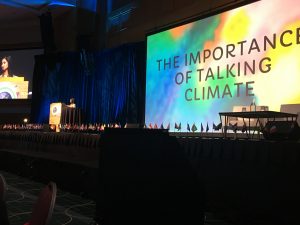 Daunted by record temperatures, an obstructionist DNC Chairman likely compromised by generous fossil fuel contributions to the DNC, and a media that is painfully ignorant of the multi-faceted consequences of the climate crisis, I find myself searching Zillow in the hope of identifying a safe place to live. But it’s hard to unpack the risks of each area without new filters that reveal more than just the home’s square footage and number of bedrooms and baths. I want to know where the local drinking water comes from and if it’s safe from chemical contamination. Is there space to plant an organic vegetable garden? Are wind and solar-powered electricity packages available from power producers? Is there a nuclear plant, fracking operation or oil pipeline nearby that may render an otherwise appealing property a deal-breaker? Are electric vehicle charging stations and net metering incentives in place for commuters and solar homeowners? Is the neighborhood subject to flash flooding? Can community solar farms be approved easily so that apartment dwellers may access clean electricity too? Are builders directed to allow solar power installations on the new “Association” homes they sell? These and other markers are now driving my decision-making as I seek a more sustainable future in an increasingly uncertain world.

Fortunately, Governor Inslee is aware of the excruciatingly narrow window we have to defeat climate change and end the use of fossil fuels. He’s the only democratic candidate consistently speaking the language of climate scientists and activists who are clued into the epic temperature and resource threats now upon us. At the fourth democratic debate on July 30th, Inslee emphasized again his commitment to making climate change the organizing principle of his campaign. His team was first to propose a climate-centered debate and it has rallied voters to call in to the DNC to express their support for the idea. When I called, the receptionist explained that they were receiving an unusually high number of comments in support of a climate debate.

Inslee is the eco-political whistleblower and organizer of the 2020 election, sounding the alarm on the greatest threat to civilization. If Perez continues to block a climate debate, it will be the responsibility of each of us and independent journalists to make Inslee—and his message—front page news.

Stacy Clark is a climate science advisor, Climate Reality Leader and the author of When the Wind Blows, a rhyming, renewable energy adventure for kids.