Earth Hour 2016: We CAN Change the World 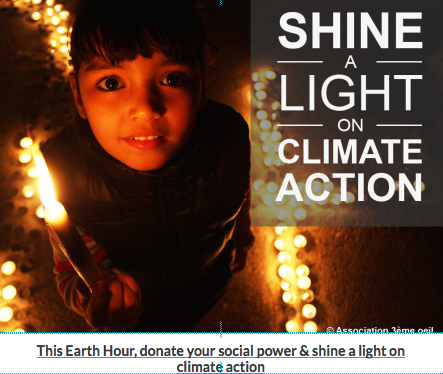 We’ve been talking “anniversaries” at ClimateMama lately, and Earth Hour is celebrating it’s 10th year in 2016, an important milestone and a worthy anniversary to acknowledge and celebrate. Earth Hour has been raising attention to the unfolding climate crisis for ten years; helping millions on their journey to understand the reality and urgency of the climate crisis we face. At the same time, Earth Hour has helped empower people to take action and empower others to take action too. Our featured Earth Hour guest post, Solar Energy and Earth Hour 2016, by Emma, shows us how renewable energy is growing as an energy source and how it is building climate hope and creating a sustainable and livable future and now. Last year for Earth Hour we teamed up with NRG Home Solar and the Big Green Purse to share ideas on how to go “solar” (something that happened at our house!) Let us know what you plan to do to celebrate Earth Hour this year.

On March 19, 2016, major international landmarks will go dark for one hour while people all over the world switch off their lights. It’s the tenth annual Earth Hour, an event orchestrated by the World Wildlife Fund and individuals, communities and groups across the globe, to raise awareness about climate change and encourage action on every level for sustainable living and renewable energy.

Each country celebrates Earth Hour in its own way. This year, Australia is calling for efforts to protect its vulnerable natural landmarks and habitats. In the United Kingdom, Earth Hour’s message focuses on sustainable and healthy eating, while in Cyprus they are urging the adoption of a ban on plastics. In 2016 Russia aims to show people how individual actions can create a sustainable future.

In these and other places, people are being asked to do more than just douse the lights, though. Earth Hour organizers are calling for social media users to donate their feeds and customize profiles to raise awareness. But for a growing number of people in the US and around the globe, this Earth Hour will mark their commitment to take an even bigger step – pledging to switch to renewable energy.

Solar power tops the list of sustainable and renewable energy sources. Sunlight is free and readily available in most areas of the world – and solar power installations leave a minuscule carbon footprint in comparison to the enormous impact of fossil fuel sources. And now that the costs of home solar installations have shrunk by nearly 50 percent since 2010, interest in solar power is within the reach of millions – so much so, in fact, that in 2015, new solar installations in the US surpassed those of natural gas for the first time.

Interest in solar power is at an all-time high. According to data from the Just Energy website, in 2015, solar beat out natural gas capacity additions by 29.5 percent. By the end of 2015, US solar energy capacity was expected to total around 28,000 megawatts. That’s enough energy to power 4.6 million typical American homes.

Homeowners are taking notice, too. Home solar installations are now within reach of many cost-conscious homeowners who want renewable energy and more control over their resources. Once seen only as a luxury add-on for environmentally conscious folks with higher incomes, a basic solar array can now be installed on just about any dwelling, with costs defrayed by a variety of incentives, payment plans and credits.

In earlier years, solar power was largely an option for major businesses. Now, thanks to lower costs and incentives, businesses of all sizes are also embracing solar, led by giants such as Walmart, Ikea and Macys. For these and other companies, embracing solar energy not only saves money, but also helps the environment – and their reputations.

Though interest in solar is surging, not everyone is on board. Easier and cheaper access to solar installations have been met with resistance in some states such as Nevada and Florida, where heavy lobbying by traditional utility providers and gas and oil interests are slowing efforts to boost the use of solar power. On the national level, in late December 2015, Congress renewed the Solar Investment Tax Credit through 2018, a multi year extension and a boom for the solar industry. 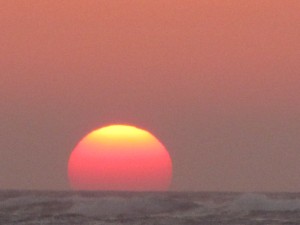 Earth Hour aims to raise awareness not just of climate change and the planet’s vulnerability but also of the actions everyone can take to create a sustainable future. Along with dimming lights and sharing social media, choosing to go solar may be a practical way to put Earth Hour’s ideals into action.

Emma Elaine is a blogger from the Windy City of Chicago, IL. Currently working towards a graduate degree at DePaul, University, she primarily covers environmental topics with a focus on clean energy. When she’s not writing, you can find her trying to teach her pet rabbit new tricks.