LEGO: Say NO to SHELL – Update!

Update 7/16: The Greenpeace YouTube video “Lego is not Awesome” is back..! Woohoo..See below Also, Greenpeace has an awesome new toolkit of activities so that families can be part of a global wave of protest calling on LEGO to cut ties with Shell, by holding mini-figure protests, building Arctic creatures and scenes with friends and children. Summer project fun. You can also download some great stickers.

Update 7/12: After more then 3 million views on YOUTube, LEGO said “enough” and had the Video: Everything’s Not Awesome” pulled. Greenpeace moved the video to Vimeo, where it also received 100’s of thousands of views in a a few hours…Sadly, or perhaps it means success, this video was also pulled and you are no longer able to see it.

We will keep the link open in the case that something changes..in the mean time, we do not need a video to “tell the truth” or know that “action speak louder then words”..and all the interest and demand for Lego to cut it’s ties with Shell makes us less and less afraid, and more and more sure, that together we ARE powerful and can change the world for the better! Thank’s Greanpeace for helping the world come together on this!

Our motto and words we live by at ClimateMama:

We want to share this new video from our friends at Greenpeace with you and ask for your help.

Sign the Greenpeace petition and ask the kids in your life to come up with other creative ways that we as families can reach out to Lego and have them hear us – for our children, for our future and for all of us …Lego’s partnership with Shell Oil isn’t awesome and it is most certainly NOT OK! 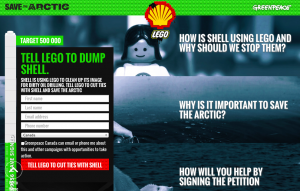 Many of us and many of our children have and continue to grow up with Lego. Lego’s products are “magical;” building blocks that foster our creativity and expand our imagination. Over the years the Lego corporation has set a high bar and wonderful example by promoting environmental sustainability on so many levels.

Lego’s CEO and President Jorgen Vig Knudstorp, in response to the current Greenpeace campaign, stated: “We are determined to leave a positive impact on society and the planet that children will inherit…. A co-promotion contract like the one with Shell is one of many ways we are able to bring LEGO® bricks into the hands of more children…”

“We expect that Shell lives up to their responsibilities wherever they operate and take appropriate action to any potential claims should this not be the case. I would like to clarify that we intend to live up to the long term contract with Shell, which we entered into in 2011.  We will continue to live our motto of “only the best is good enough” and deliver creative and inspiring LEGO play experiences to children all over the world.”

Wow…‘nut said. We are sure that Lego doesn’t need Shell to get Lego bricks into the hands of children..Lego has creatively and effectively used many, many other ways to accomplish this, over it’s many years of operation.

In our opinion, by tacitly and overtly promoting Shell, Lego is negating much of the positive work it has been doing to be a positive example of a corporation that does good by walking the walk, not just “talking the talk.” Lego has done much to reduce it’s own energy use, promote renewable energy and set a positive example by showing us all over the years, that it is living by it’s motto that: “only the best is good enough.”

In case CEO Knudstorp needs reminding: Shell is a fossil fuel company. It’s modus operandi is to find, extract and sell fossil fuels. In our view, Shell is NOT even pretending to be an energy company (in the broad sense) anymore. Shell is one of the “big boys” of the fossil fuel industry that continues to reduce its efforts to expand development and research into renewable energy and instead has “doubled down” on fossil fuel exploration and development. 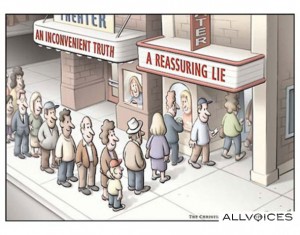 Our Climate Mamas and Papas know that fossil fuels = climate change. If LEGO is truly “determined to leave a positive impact on society and the planet that children will inherit,” then must end their promotion of Shell. There is no positive future for our children if we continue to promote and rely on fossil fuels.

Our message to LEGO and CEO Knudstorp: You can’t have it both ways..Tell the Truth, Actions Speak Louder then Words..Get out of your contract with Shell. If you want us to continue to support you, show us you care about our children’s future…

4 Responses to LEGO: Say NO to SHELL – Update!