Radioactive gas with your eggs Madam? Sure pile it on! 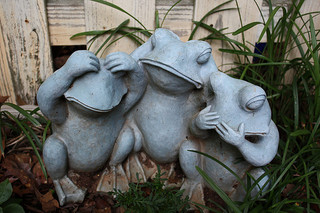 Among the various proverbs, sayings, myths and fables we all share with our children, one that is loved and used often is the “three wise monkeys (or frogs!)”- see no evil, hear no evil, speak no evil; hence, there is no evil.

Sadly, this proverb weighs heavily when it comes to the fight for climate solutions, particularly as it relates to our urgent need to create an energy policy that is focused 100% on renewable energy, and immediately moves us off of fossil fuels.

We know that our climate is changing and that humans have a direct role in accelerating and exacerbating these changes. We know that fossil fuels are huge drivers of climate change. We are making many mistakes for many reasons, but one in particular which seems so egregious is the promotion and seeming acceptance of shale gas or “natural gas.” Natural gas is a fossil fuel, and is neither a clean nor renewable energy source. Even the name of this fossil fuel, “natural” gas, creates confusion and seems to implies “trust.” Compounding the problem, is the fact that so many people – who in so many other ways are fighting to slow down our changing climate – have chosen to latch on to natural gas, as some sort of “bridge” to a renewable energy future. It is quickly becoming evident from many, many red flags, that choosing natural gas is like choosing to walk over a cliff, with no safety net below. 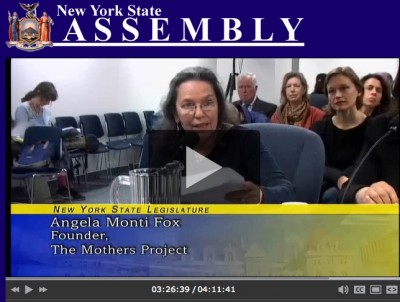 On Friday May 9th, 2014 public hearings were convened by the New York State Assembly on the “Impacts of Radon from Natural Gas on Indoor Air Quality.” The purpose of the hearing was to examine New York State’s gas delivery system in relation to radon levels. Radon, for anyone that isn’t aware, is a carcinogen that is the second leading cause of lung cancer in the United States, after smoking. The EPA states clearly that there is no “safe” level of exposure to radon. Five New York State Assembly Committees called the hearing as part of their review of bill A6863B, introduced by Linda B. Rosenthal, the Chair of the New York State Commission on Science and Technology. 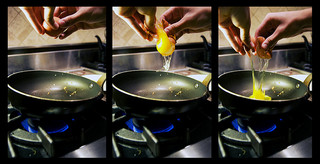 Sixteen expert witnesses through six different panels testified for most of the day. To my knowledge this hearing was precedent setting. I believe it was the first time that a state legislative body has considered this issue. This issue, in my opinion, is one that all state legislatures as well as our Congress, should better understand and consider. Natural gas is being pushed as a replacement fuel for coal in many places around our country and around the world. It is becoming evident, through many studies, that both from a health and climate perspective gas may be just as “dirty.”

You can find a video record of the hearings here. We have listed hearing panelists below. All of the panelists expressed concern and raised red flags, and all were of the opinion that further study was warranted and that they saw real risks that New Yorkers could potential be exposed already to radon coming into their homes through natural gas delivered to their stoves, boilers, water heaters and other gas appliances and sources.

Unfortunately, neither the New York Department of Health, nor New York State utility companies, such as Con Edison, showed up for the hearing. They were invited and initially did agree to attend. As well, there were no representatives from mainstream media, although the meeting took place in downtown New York City, and was open to the public.

The warnings about high levels of radon and other radioactive materials in natural gas are real, and require much more careful research, testing and studying. As was mentioned by many of the panelists, the opportunity exists to do this now, before this creates a public health crisis. Just as there were warnings about cigarette smoking in the 1960s, the time to act was then, not scores of years later when the final health toll both on individuals and our economy was tallied, and recognized to be incredibly high.

Our US “energy policy” is one that promotes an “all of the above” energy strategy, one that includes and in fact supports the production and soon export of US natural gas. Facts and studies are building and being collected which are beginning to show the real and significant negative health and climate impacts of this energy source. Why are these giant red flags not bringing the oil and gas industry to a full stop? Instead, there seems to be a mad dash to some faustian finish line. Isn’t this a sign and an opportunity for us to jump with both feet towards renewables? Not only are fossil fuels dangerous to our health and climate, but they are also finite.

In fact, as harbingers of things to come with our water being poisoned, children and maternal health being compromised, and the climate impacts of methane being newly classified and increasingly alarming, the monkeys should be waking up, hearing, seeing and speaking out about the evils they see! But instead, those three “wise monkeys” seem to be leading the charge, with eyes, ears and mouths wide shut.

Lucky for us, many, many good people are waking up and demanding answers and also, to have their voices heard. We will keep you updated on the New York State hearings. We hope you will also help us wake up the “wise men and women” in all our state legislatures, and particularly in those states in close proximity to oil and gas shale fields, so they can hear and heed these warnings too. We all need to study the facts and demand answers, before it is too late.

Let us know if you need more information. We are awake, “on the job” and working for a clean, renewable future and now for our children and yours.

One Response to Radioactive gas with your eggs Madam? Sure pile it on!