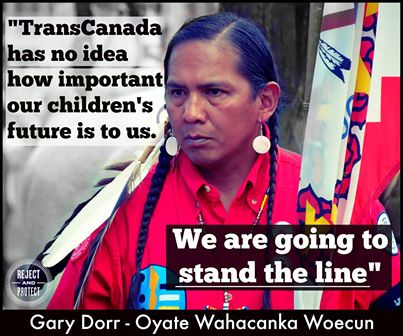 President Obama has delayed his decision on Keystone XL — but we can’t wait for action and Reject and Protect – an incredible gathering of “Cowboys & Indians” ranchers, farmers, parents, children and grandparents, from around the county – is taking place NOW.

At ClimateMama we know that Keystone XL poses a grave risk to our land, water and climate, and President Obama still has an opportunity to do the right thing and reject the pipeline. We’ve been at this for almost 3 years, and have been reporting on it to you, since the very beginning.

Grab the kids in your life, and beginning at 11:00am ET, watch the live feed from Washington.

Here’s the schedule for the day:

Starting at 9:30 AM, a tipi liner will be laid out at the camp for everyone to add their thumbprints, with music starting at 10 AM. Our message to the President is that he should leave his mark on history, and so we are leaving our own marks on the tipi, which we hope will become a part of the historical record. 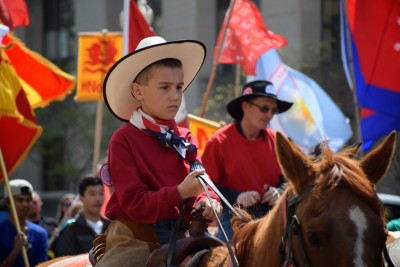 At 11 AM, we will gather at the camp’s stage to begin the event. We will have speakers from the Cowboy Indian Alliance, First Nations in Alberta Canada, and other folks on the front lines of this project, as well as speakers who will explain the symbolism of the tipi and our gift.

At around 12 Noon, we will offer a final prayer, and then begin our march together to deliver the tipi.

Because the White House does not accept gifts and President Obama will be in Asia on the 26th, and because the tipi is a spiritual object of historical importance, we will be gifting it in his name it to the Museum of the American Indian. We’ll walk together to the museum, and the tipi will be accepted by curators and kept for the historical record.

President Obama may not be personally getting the tipi that day, but he will be getting the message: We’ve already confirmed a number of key reporters and TV crews, and we’ll be mobilizing the entire networked movement on that day via email and social media so that your voice is amplified loud enough to be heard even in the White House.

We will walk behind 5 riders on horseback, who will be followed by tipi carriers representing all the diverse voices in this movement. By 1:45, we’ll be back at the encampment, where we will close with a performance by Frank Waln, a hip hop artist from the Rosebud Sioux Tribe.