On July 8th parts of the upper westside of Manhattan were inundated with torrential rains; subways and roadways flooded, as did my ground floor walkup apartment. The week prior, in Alberta, Canada, my mother lived with a week-long heat wave, daytime temperatures reached the high 90’s multiple days in a row. Dead fish ominously washed up on the beaches of our Alberta family lake house, as the oxygen levels in the lake plunged as high temperatures heated up the lake’s shallow waters.  At the same time, my son in Seattle, WA, was googling homemade air conditioners as that city experienced a “heat dome,” bringing temperatures of more than 100 degrees.  My brother in neighboring British Columbia, is seeing, smelling, and breathing smoke, as many in his province are under mandatory evacuation with 100s of forest fires burning.  One family’s lived experience in two short weeks.

In mid July, headlines around the world shared tragic stories and photos of Germans and Belgians impacted by flash floods; hundreds of people lost their homes and hundreds more lost their lives. Around the world –  daily – extreme weather events stocked by the climate crisis, leave people homeless, with food and water insecurities, sickened, injured, hurt and dead. Yet, too often these events are not reported on outside of the region where they occur. The climate emergency is upon us all – wherever we live. Those of us fortunate enough to be born in the global north or in communities and zip codes where we have been able to hide and ignore the impacts of the growing global climate emergency, must use our voices and our power. The deafening calls to action from Mother Nature demand that we open our eyes and that everyone see and hear her. It’s past time to talk about how we should act and lead, we simply must do so, one step or one giant leap at a time; our children’s future and now truly is in our hands.

As the developed world is confronted head on with the realities of the climate emergency  in a visible and direct way, the developing world and low income areas in the global north  have been living with the crisis for decades.  With the United Nations Climate Conference, COP26 on the horizon in November 2021, will those elected to lead us put in place climate action plans that have near term time tables, not plans that sets far off goals for 2050, too many years away?  Will those in corporations with the power to change the way our natural resources are used and abused, finally wake up to the realities humanity has put in place as the products they mass produce accelerate the climate emergency? As parents, we are awake, we are aware, we are terrified and we are angry. We all must demand that those in powerful positions go big – now; the rest of us must keep the drum beat pounding, the demands for actions clear, and faces of our children in our minds eye at all times as we join mother nature’s calls for action. 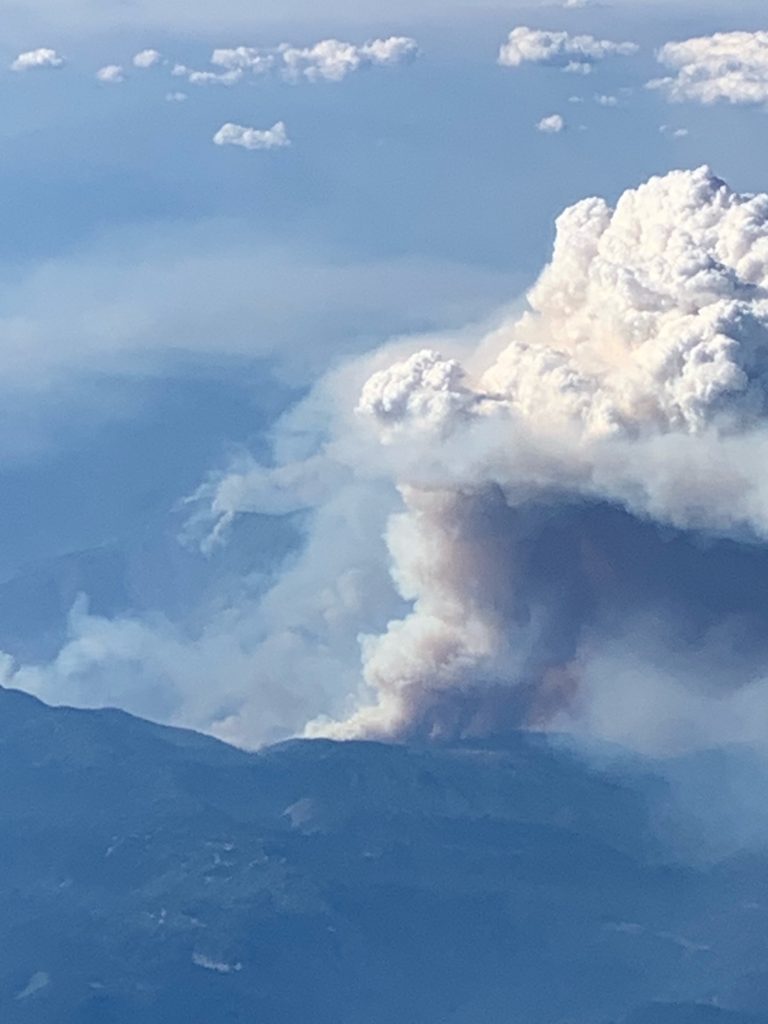 Share your story. We must remind everyone, everywhere,  that the climate emergency is personal to each of us. It’s no longer happening “over there” – wherever that is. As it turns out and as many of us have known for many years, “over there” is in our own backyards, across our street, on the  other side of our town, in the front yards of our mother, our brother, our aunt, our uncle and our dearest friend. We can no longer hide nor pretend the climate emergency  isn’t happening now.

Postscript: Upon returning July 20th to NYC from a visit with my family on the West coast, we were greeted with hazy skies and the faint smell of smoke. The smoke was sent by Mother Nature from over 2500 miles away where it originated from forest fires in the American west. She is reminding us in New York City not to close our eyes nor get complacent…We are ALL living the reality of our climate crisis. What happens next is up to us.