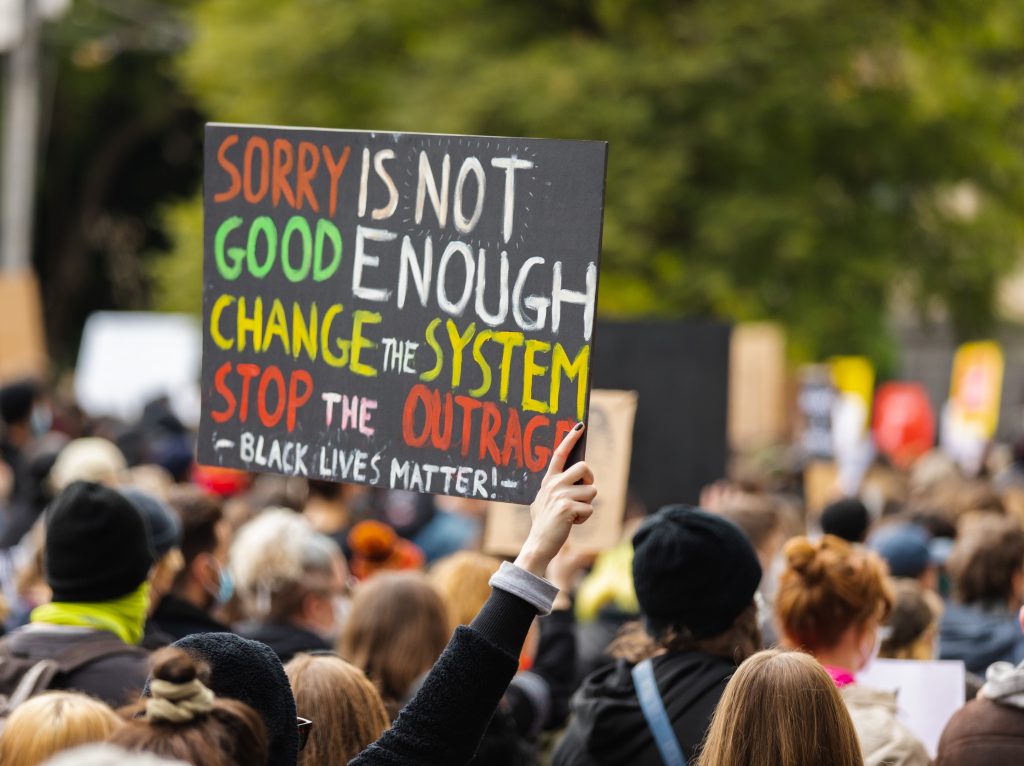 SO MUCH: So much hurt, so much anger, so much sadness, so much emotion, so much healing, so much hope?

The following is an expert from my new book:  How to Talk to Your Kids About Climate Change, Turning Angst into Action,  Chapter 3, pp 52-55. The chapter ends by noting that “one small section of this one chapter cannot hope to, nor does it even attempt to, do justice to a discussion on climate justice. Hopefully, it does raise questions for you. Do seek out more information and more resources so you can have thoughtful conversations with your children about how climate justice is an integral and critical part of all successful climate solutions.”

In a similar way, what I have learned and continue to learn, is that there have been and are so many resources on racism and racial justice and injustice created shared and made available in many forms – we just need to open our eyes. There are so many people to listen to and so much to learn. I hope that the following  adds to your knowledge and that you are encouraged to find more; our children are demanding answers, we must educate ourselves so we can help them learn with us. Our ClimateMama motto stands strong: Tell the truth, Actions speak louder than words, Don’t be afraid.

A just path forward, climate and environmental justice—these are words used and heard often. What do they actually mean? According to the Climate Justice Alliance, a just transition is: “a vision-led, unifying and place-based set of principles, processes and practices that build economic and political power to shift from an extractive economy to a regenerative economy. This means approaching production and consumption cycles holistically and waste free. The transition itself must be just and equitable; redressing past harms and creating new relationships of power for the future through reparations. If the process of transition is not just, the outcome will never be. A just transition describes both where we are going and how we get there.”

Climate justice connects environmental justice—including the right to clean air, clean water, a health environment and food security—to human rights. It recognizes institutionalized and historical injustices that perpetuate and exacerbate poverty through global—national, regional and local—actions that have local implications. Our climate emergency is not color blind, nor is it an equal opportunity crisis. 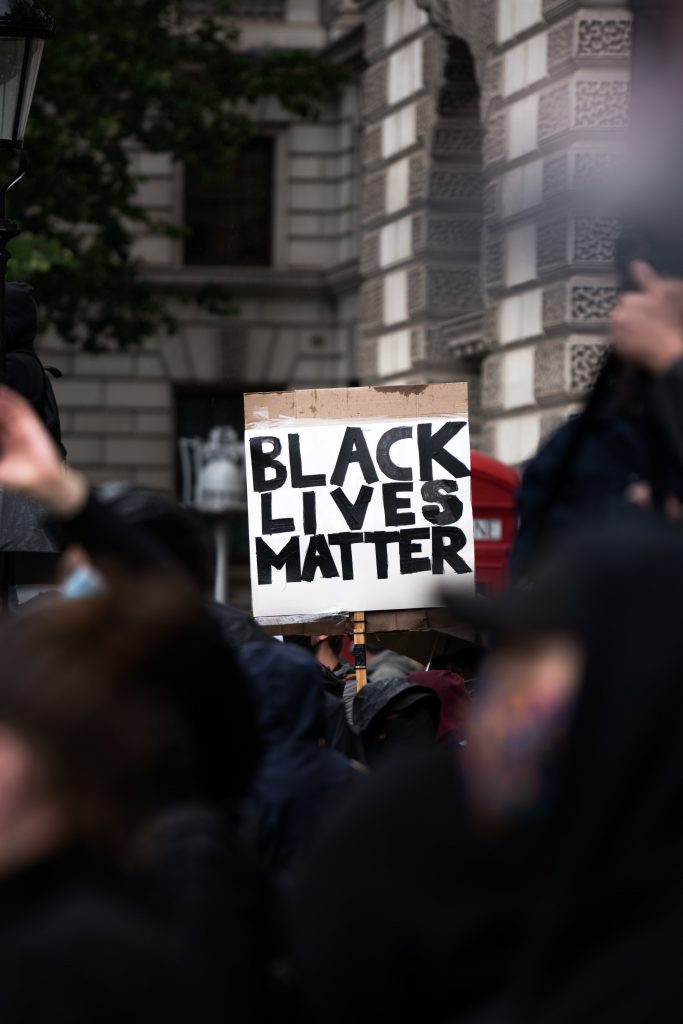 Just as Black Lives Matter is not the same as All Lives Matter, the impacts of the climate crisis, and the need to ensure a just transition remains critical to our ability to successfully address the crisis at hand. Yes, climate change is happening all around us and impacting us all. Yet, those who can afford to protect themselves from the direct impacts of our growing crisis are still often able to and for the most part, do so. Those that can’t, are already—and, often, deeply—reeling and suffering the consequences.

Why is it that in the United States of America, African Americans are almost three times more  likely to die from asthma-related causes than white Americans? Could there be a correlation between the fact that the vast majority of air-polluting infrastructure, such as power plants, cement and chemical processing plants and incinerators, are more likely to be sited in low income neighborhoods that have historically not been able to gather the community support or the political attention to stop their construction? In fact, a 2016 study by the University of Michigan found that hazardous waste sites are often built in neighborhoods where whites have already been moving out, and poor minority residents have been moving in, for a decade or two before the project arrived. This follows on the seminal 2007 report, “Toxic Waste and Race at Twenty” that found that more than half of all the people in the United States living within two miles of a hazardous waste site, were people of color.

So, as we talk about a range of climate solutions, about jobs in the new green economy, and about infrastructure and public transportation, who gets those jobs and where that new infrastructure is to be built needs careful consideration, thought and planning. As the economic gulf between rich and poor is exacerbated, how we work to close this gap as we build a new and hopeful future, one that isn’t built on resource-extractive, polluting industries, will be key to helping everyone participate and benefit in this new future.

How, too, do our moral and ethical responsibilities stack up with the practical implications of the growing and destructive impacts multiplying over there? Where actually is over there? We must open our eyes to the reality that over there is just as likely to be across town or down the block than it is to be in a country across the ocean. A big question to ponder is, are we willing and able to reconcile the importance of addressing climate justice, along each step of our journey? 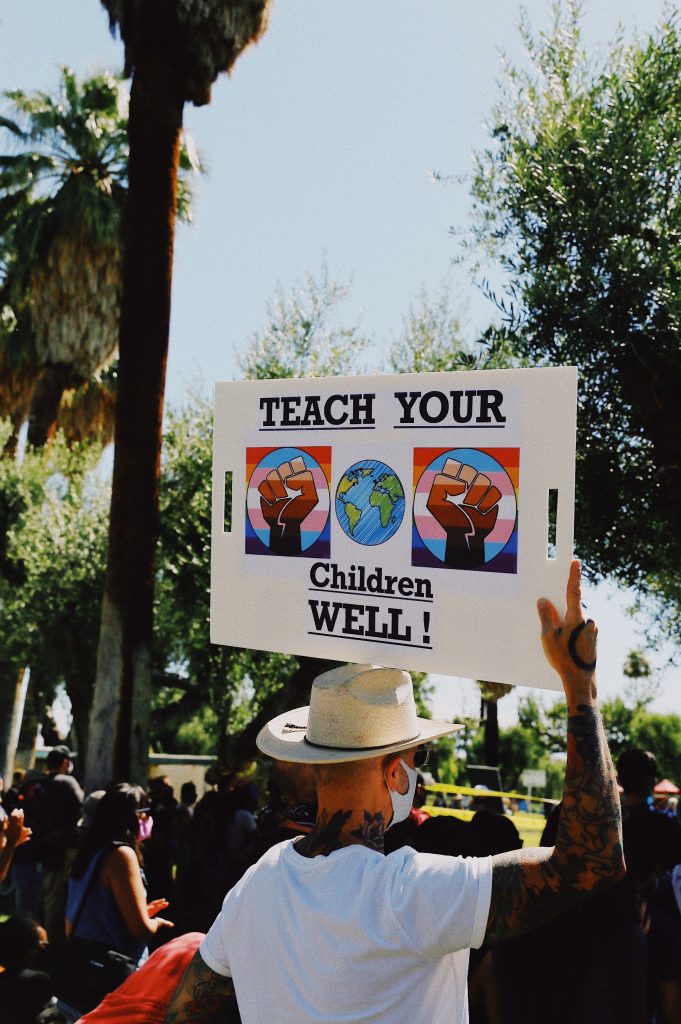 The impartiality of the climate crisis will only grow stronger, yet the fact remains that many black, brown and low income communities are the ones that are the least resilient, those least responsible for our climate crisis, and those hit first and worst. These communities cannot easily pick up the pieces.  Maybe they can’t do it at all. Many families in Puerto Rico and in parts of Texas and in Florida are still reeling from Hurricane Maria’s 2017 destructive forces; recovery isn’t equal or just. When a tragic fire struck Notre Dame Cathedral in 2019, billions of dollars were committed to help rebuild it within days of the tragedy. Yet, when Mozambique was struck with devastating cyclones, leaving hundreds of thousands homeless and without food or water, also in 2019, many around the world watched, and most looked away. Resources commensurate with the disaster at hand were not given or even promised. Why?

This reality plays out across the United States on a regular basis. Louisiana, Puerto Rico, Florida, Nebraska, North Carolina and other parts of the US south and Midwest continue to be hit harder and harder with each passing climate-exacerbated disaster. Yet we continue to hide the impacts of climate disasters in North America, even as people suffer daily and recover more slowly, if at all. Conveniently, media attention comes and goes quickly. Building the resiliency needed to protect from our coming storms also isn’t being done in a just manner, even as it is beginning to be put in place in wealthier communities and cities.

All over the African continent, in the Middle East and in Central and South America, if we open our eyes, we can see that climate-induced famines, droughts and wars have created situations in which people are regularly—and with increasing frequency—displaced from their homes. Daily, people are starving; they are living in war-torn areas, often without access to clean water, health care or safe havens. We must remember and remind our children that focusing our lens through justice demands that there be no sacrifice.

Each of us deserves to be treated with dignity, respect and care. This isn’t, however, the world we live in. Our world is unjust, unfair and unequal—and it is becoming more so. Being born into a certain zip code, town or country shouldn’t define your chance at an education or your job success, nor should it be a marker of your ability to be able to be resilient in the face of our climate crisis. However, where you are born more often than not does define these outcomes, in disproportionate, unfair, and unjust ways.

What can you do today?

VOTE Make sure you are registered and encourage others to do so too. Turn out for Tomorrow Campaign, Climate Reality Project.

#1 Sorry is Not Enough, Mitchell Luo on Unsplash

#3 Teach Your Children Well Photo by Taylor Simpson on Unsplash

This entry was posted in In The News, Politics, Take a Stand: Action & Advocacy and tagged #blacklivesmatter, Climate Justice, justice for George, kids and black lives matter, Kids and Climate Change, kids and racism, poor peoples campaign, Turn out for Tomorrow Campaign. Bookmark the permalink.