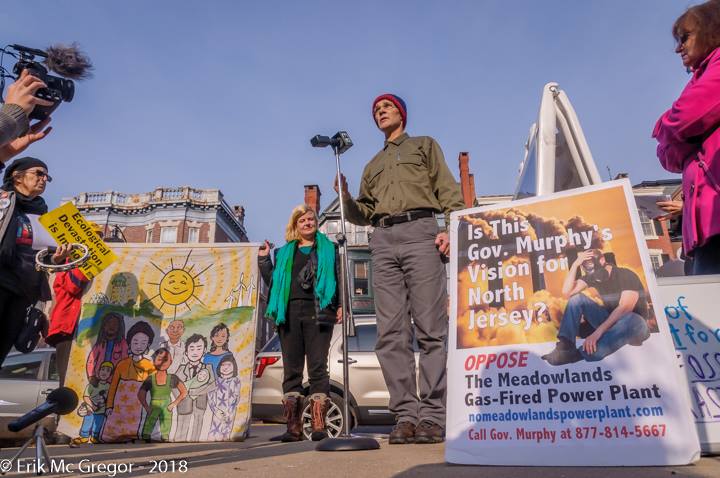 From November 7th to November 21st, each work week day,  people have been gathering in Trenton, New Jersey to talk, to sing, and to share their concerns and hopes about our climate emergency. Many of the people gathered in Trenton, as well as many others around the state, have chosen to fast from 1-14 days. Fasting is very personal. Some people may call it radical or extreme. But ever person we spoke to who took part in Climate Fast New Jersey, did so with the determination and with the sincere hope that their actions would help shine a light on the urgency of the crisis we face. The ClimateFastNJ fasters and supporters are calling on New Jersey  Governor Murphy to put in place a moratorium on all new fossil fuel infrastructure. All participants and supporters felt that their actions could help move our elected officials, including Governor Murphy, to take actionable and immediate steps, commensurate with the scale and scope of our climate crisis.

We are honored to share some of the thoughts and feelings of those who are fasting. We thank all our fasters for being strong and resolute and for helping to bring the seriousness and urgency of the climate crisis clearly into focus.

“I joined the Climate Fast on November 18, 2018 to help bring attention to the need for change.  As an evolving society, we need to “LOOK UP” for cleaner, life saving energy. We should no longer look down at our feet to outdated dinosaurs. I am reminded of a quote from Steven Hawking, where he said: “Look up at the stars, not down at your feet.”

“I am participating in the Climate Fast, which I know is an extreme act, but New Jersey and the rest of the planet face a climate emergency that threatens to make much of our earth a dangerous and uninhabitable place for humans and other living things.  I hope our fast will help the governor see that although he has taken some positive actions to address climate change, unless he declares an end to any new fossil fuel infrastructure, his goal of a clean energy future in our state with be unattainable.  I also hope this action will encourage others to learn more about the climate crisis and to join a group to help build a stronger environmental movement to replace fossil fuels with solar, wind and other sustainable energy sources.”

“I am fasting with liquids for 3 days for my family, for New Jersey, Puerto Rico and all areas affected by the fossil fuel industry and fracking. I am asking our administration in New Jersey to ban fracking, and to rapidly transition from fossil fuels to clean energy – for the lives of our families and the planet.”

“I’m fasting from my home on Cape Cod, Massachusetts. The Cape is lovely but at the same time it is basically ground zero for climate change. My town alone has 68 miles of coastline, all showing visible signs of sea level rise and more frequent,  intense storms. I don’t have to tell my Massachusetts or New Jersey friends what climate disruption looks like in a coastal town. But I’m constantly surprised by those who just don’t seem to comprehend the enormity or the urgency of what’s at stake–even in our own front and backyards. So, when my dear New Jersey friends asked for support for their fast against the continued expansion of fracking infrastructure in the Garden State, I had to join in.  Even though I’m fasting for just one day, it’s amazing to me how this exercise stimulates deeper reflection. My main reflection is my love and appreciation for my activist friends and other thoughtful, informed leaders, wherever they are.  They have taught me how to be bold and persistent in our fight for a safe climate, and to never give up. We will win this.”

“The air and water pollution from our fossil fuel industrial complex is killing us, says Owl. I’ve seen men dying of black lung from coal mining begging for a breath of clean air and babies suffering in the hospital because the air itself, is killing them. New Jersey has a critical role to play in solving this global problem. Governor Murphy can and must lead on climate by declaring a moratorium on all new fossil fuel infrastructure.”

“By noon Wednesday November 21st, I will have fasted from food for 10 full days. This has been a voluntary sacrifice. I do this in tribute to the many committed activists working on climate and human rights issues around the world. I do this with awareness of the many victims of environmental damage. I know that Governor Murphy is concerned about environment and climate. He is in a unique position of power. He can change New Jersey’s current course – by breaking fossil fuel entrenchment and improving New Jersey’s resiliency. His power is pivotal at this urgent time. I hope that Governor Murphy will decide to enact  a moratorium on new fossil fuel infrastructure in the State.”

“For the governor to call for a shift to 100% renewable energy and then allow his Department of Environmental Protection to approve key permits for new gas pipelines, new and expanded compressor stations, and new gas-fired power plants is totally inconsistent. The first rule when you want to get out of a deep hole is to stop digging. The seriousness of the climate crisis demands that we do just that right now.”

Ted Glick, Roseland Against the Compressor

“I have fasted for the children that cannot breathe and are getting sick and missing school because of the toxic air from fossil fuel pollution and for the millions of displaced families and children from climate changed fueled droughts and extreme storms. Enough is enough, every sane person agrees we should not be building new fossil fuel infrastructure in the State of New Jersey.”

“I refuse to accept that my children’s future is predetermined and that climate chaos will envelope our lives. Our mother earth is showing us in so many ways – we are out of time. Those that can “go big” must. During this critical time when we have no climate leadership in Washington, our Governors can and must be climate champions; they can use their power to put in place moratoriums on all new fossil fuel infrastructure. We must act on the reality we face as we live climate change. Governor Murphy, lead the way forward. More fossil fuel infrastructure is directly the opposite direction of where we must go.” 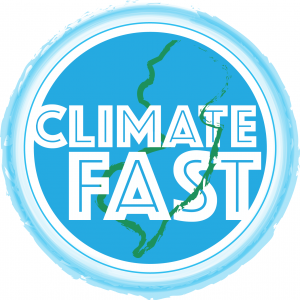 You can learn more about Climate Fast New Jersey at https://www.climatefastnj.com