Waste and the Fashion Industry 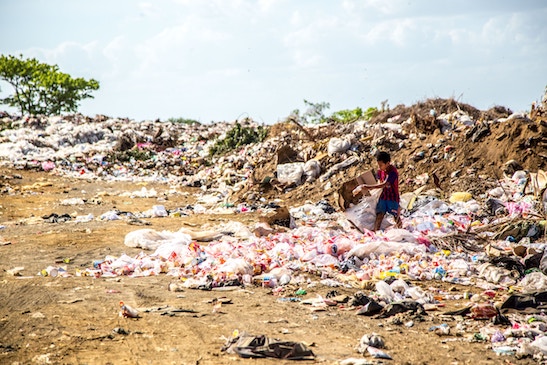 According to a  2015 story in EcoWatch, Eileen Fisher, clothing designer and business leader, said that, “The clothing industry is the second largest polluter in the world … second only to oil…..It’s a really nasty business … it’s a mess.”

While the data that proves this and the definition of “polluting” may vary, Ms. Fisher’s words ring true, the clothing industry –  all along it’s supply change – from raw materials to production and distribution uses incredible amounts of energy and natural resources often without a thought or a care as to the impact on our planet, our health and our future. Certainly, this disregard for inputs is not good business practice, least of all because as supply chains become threatened due to climate change, a company’s future is and will be insecure; understanding this is critical to a company’s future and success.

As shared by EcoWatch: “Fashion is a complicated business involving long and varied supply chains of production, raw material, textile manufacture, clothing construction, shipping, retail, use and ultimately disposal of garments. While Fisher’s assessment that fashion is the second largest polluter is likely impossible to know, what is certain is that the fashion carbon footprint is tremendous. Determining that footprint is an overwhelming challenge due to the immense variety from one garment to the next.”

According to GrowNYC,  a non-profit organization that hosts zero waste programs funded by the NYC Department of Sanitation,  just in New York City alone, the average person throws out 46 pounds of clothing and textiles every year, which works out to be 193,000 tons for the entire city.” Since it’s inception in 2007 GrowNYC has collected over 4.5 million pounds of textiles.  According to the Council for Textile Recycling, in the rest of country, “Americans generate approximately 25 billion pounds of textile waste every year, or about 82 pounds per person. 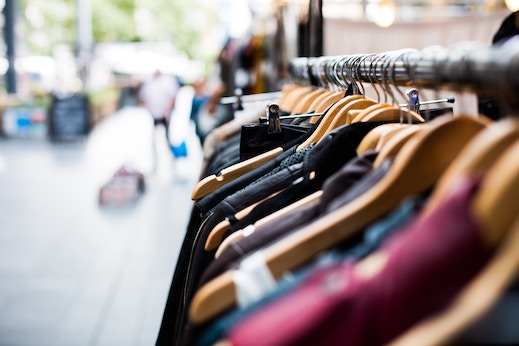 While we know that  our Climate Mamas and Papas, recycle, donate, reuse and share their clothing, The Council for Textile Recycling tells as that “only about 15 percent, or approximately 4 billion pounds, of clothing gets donated or recycled nationally” …with the rest ending up in our already overcrowded landfills.

There are many, many clothing companies that do care about their impact on our planet, and we know that they are taking steps to be mindful everyday: using recycled materials, monitoring their water use, taking back clothing for repurposing, and on and on. We encourage you to do YOUR homework, and find brands and products that you enjoy wearing and ones which are taking a stand to be sustainable. Go to the company’s website, check out their sustainability practices online, and read their year-end company report. What they are doing to lessen their footprint on our planet should be easy to find and something they want to share widely; if it’s not, it’s likely they aren’t actually doing all that much.

WE do have many choices when it comes to what we buy and our purchasing power is one of them. Support companies that are trying to make a difference, and ones that are really walking the walk.

On that note, we wanted to share the story of Kuleana with you. Kuleana, in Hawaiian means, “To Take Responsibility.” Kuleana is also a new swimwear company started recently by New Jersey based Sun and Sea Trading Company under the direction of Climate Papa, Doug Pecore.

We had the opportunity recently to sit down with Doug and hear more about the story behind Kuleana.

Doug told us that he got the idea for Kuleana  in March 2017, when he and some colleagues were visiting a clothing factory in China.  On a tour of the factory, they discovered over 150 rolls of beautiful swimwear fabric tossed aside near a discard bin.  When they asked the factory owner why he would throw away such beautiful material, he replied that there was not enough fabric of any one print option to create a meaningful quantity on the construction line. Doug told us that their team went home that evening sad and frustrated  but awoke in the morning determined to do something positive. They discussed the concept, which is now Kuleana,  a “patchwork” way of combining fabrics into a single product option.

According to Doug, the factory where their products are produced also produces some 20 million units per year of just swimwear. At 0.75 yards a unit that’s 15 million yards of fabric; at 1.5% in overage that’s 225,000 yards of waste – which we all can agree is seriously wasteful and most probably an environmental nightmare.  Again, this is for a single factory in a small segment of the apparel industry.

Doug asked us to imagine the magnitude of this issue in just the underwear, tee shirt, and denim categories. It is truly hard to comprehend.  We do feel though that it is important for us to think about the enormity of this one issue. Too often, most of us never  never ask or even think about how our where our food, clothing, or other products we buy and use get to us, where they come from, or what it takes to make them and get them to market.

Doug is hopeful that, as people learn and support what they are doing at Kuleana, that perhaps it will make sense and be possible for Doug and his team to expand their business model from swimwear only, to “patchwork apparel” more broadly;  growing Kuleana into other categories and turning existing problems into positive and successful stories.

As Margaret Mead said: “Never doubt that a small group of thoughtful people can change the world, indeed it is the only thing that ever has.”

We wish Doug and his colleagues much success, check them out and let’s help move these beautiful fabrics out of the waste bin.

If you hear of other interesting and innovative ideas please share them with us. 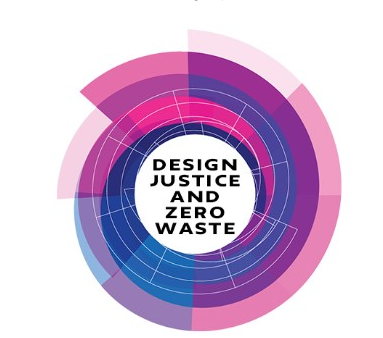 We wanted to share another way for you to reach a wide audience with your ideas. Our friends at the  NYC Tishman Design Center are planning a Conference for May 2018: Design, Justice & Zero Waste Conference and Research Collaborative Currently, they have a call out, through February 16th, for submissions to present at the conference. Consider sharing your ideas. Here is a link to apply.