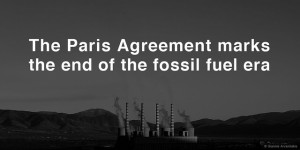 Breaking news in New Milford, Pennsylvania. Families, neighbors and new friends have united to protect the Holleran/Zeffer properties and in the process have halted the construction of an interstate gas pipeline. Below is an on the ground account by Author and activist Ted Glick on this ongoing action, unfolding in a small community in rural Pennsylvania.

Similar battles however, are taking place all across the country as both gas and oil infrastructure are snaking their way across private and public lands. Climate change and energy policy are growing in importance on the 2016 election stage and battles like this one in Pennsylvania help elevate these critical issues for all Americans. These local actions not only serve to protect local communities – health and property – they also keep these issues in the news, in our thoughts and in the policy discussions of local, state and federal authorities.

We are at a crossroads on energy policy in our country. Countries around the world reaffirmed at the December 2015 Paris Climate Meeting, that climate change is a crisis in our world and we must keep fossil fuels in the ground. Given this fact, an “all of the above” energy policy that includes coal, gas and oil is no longer a viable or feasible option. Who we elect, at every level of government, will be critical to creating the policies that move us quickly to a 100% renewable energy future and now. Battles like that of the Holleran/Zeffer families are critical, as they remind us why we all must be part of the solution and the change. Ted Glick – author, activist, progressive leader and climate champion – gives us a first hand account of the resistance and climate movement building taking place in Pennsylvania.

12 Days and Counting in New Milford, Pa.
By Ted Glick
(This post is reprinted, with permission, in its entirety. First printed on TedGlick.com, February 10, 2016)

“Day 11: Another day of no trees cut on the Holleran/Zeffer property! And another day of good people gathering for a good cause! It started snowing on us today and hasn’t stopped yet, but the tree crews continued to work in other areas. We had the pleasure today of meeting some other landowners in the pipeline route who are not happy with the destruction which the tree clearing and construction will bring to their property, and who we hope to be able to support and defend in the future. Thanks to everyone who braved the weather and safe travels to anyone brave enough to join us tomorrow!” Megan Holleran 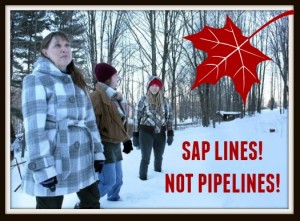 A song has emerged out of the battle against the Constitution fracked gas pipeline and the plans to destroy sugar maple trees on the land of the Holleran/Zeffer family in New Milford, Pa. The words, so far (it’s a song meant to keep being built) are:

Walking back yesterday from the newly-installed port-o-potty down along the road, looking at the cars and trucks and tents and people up the hill talking and eating and drinking, the thought came to me, “this is like a great party where you’re constantly meeting and getting to know new people.” And that is true. Each day for the last four days, three of which I’ve been at, 30-35 people have come out to stand together in the cold, around the fire which burns from sunup to sundown, with Megan and her family. We’ve been there to support their heroic stand in defense of their land, their home, their sugar maple trees and their maple syrup business, all of which will be damaged if Williams Partners cuts those trees down and, eventually, the two (!) gas pipelines which are planned to be built behind their house on Three Lakes Rd. are built.

It’s called Three Lakes Road for a good reason. The first time I drove 150 miles to join this great battle, we had to call Megan as we were a few miles from the land to get directions. She told us, after we did our best to describe where we were, to turn right and then count three lakes on the right and look for a house on the left, an old barn and a hearse. As we followed her instructions my partner Jerome Wagner asked, “did she say hearse or horse?” It turned out it was hearse, a story I haven’t gotten yet.

But I will. I plan to head back early Friday morning, and I have figured things out so that I’m going to be able to be there a lot. I’ll be there as much as I can until either March 31, when time runs out for Williams as far as what tree-cutting they can do right now, or until I’m arrested with other sisters and brothers standing in the right of way, between the stakes with the pink plastic streamers up the hill from where the daily “party” is happening.

There’s a quote I came across many years ago that I have up on the wall of my office. It’s by someone named Mihaly Crikszentmihalyi from a book, “Flow, The Psychology of Optimal Experience,” which I’ve never read, but I love the quote:

“The best moments usually occur when a person’s body or mind is stretched to its limits in a voluntary effort to accomplish something difficult and worthwhile.”

Many of us have been stretching ourselves for a while, for years, in the difficult but supremely worthwhile effort to prevent climate catastrophe and to bring into being a very different form and content of human society than what we’ve inherited from our ancestors. For me, this battle in New Milford, led by wonderful Megan and her family, is one of the personal high points of the 12 years I’ve been about that work.

We can win this one; join us!