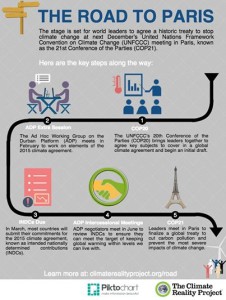 This isn’t the first time that we have put our hopes in government negotiators, and they have turned up short on solutions and long on talk. Through our work with grassroots organizations in the United States and around the world we are betting on the success of everyday people, in place of national and international climate negotiators, as we all work to solve and find solutions to human created climate change, the greatest challenge humanity will ever face.

Local people, fighting against fossil fuel giants and infrastructure in their own home towns are successfully joining forces and slowing things down, while at the same time pushing, demanding and creating renewable energy options, which scientists are telling us and mother nature is showing us is what we must do. After many years working on the international stage, I do personally recognize that the international treaties and agreements which our governments create and then ratify can be hugely important for us all, in particular as we hold our governments accountable for these commitments. Unfortunately we can’t put all our faith and hope in these agreements; the reality that they will materialize with binding commitments, is extremely slim.

To help visualize this, yet maintain hope in our future, join us and watch a powerful movie trailer of the award winning film on Climate Justice and Climate Change, 2 Degrees, by Jeff Canin. This movie helps us understand clearly the limitations of international climate negotiations while at the same time it gives us hope by introducing us to a community that effectively and successfully takes a stand against fossil fuels and for renewables. We loved this movie so much, that we are helping Jeff share and promote it, in it’s entirety. Through ClimateMama you now have the opportunity to purchase 2 Degrees directly. Watch it and share it with your friends, children, neighbors and community, find out how to do so, by clicking on the link below.

The Lima Agreement, while acknowledging the necessity of phasing out fossil fuels by mid-century, as well as the requirement of transitioning to 100 percent renewable energy, lacks specifics on how to get there. These negotiations are part of a long series of meetings, leading up to a final meeting in Paris in late 2015 where countries have agreed to launch a global plan that will keep the global average temperature rise below 2 degrees centigrade, from pre-industrial levels. 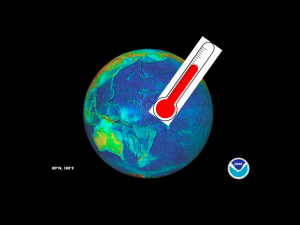 If we cannot do this, many scientists the world over are telling us that the ability to stabilize our climate, and protect the future of the human species, is seriously in doubt. So while theoretically accepted, the reality and immediacy of this crisis is not being dealt with. What are required are serious commitments by countries to reduce their greenhouse gases that will be measurable and monitorable. New resolve and deep wells of strength fortified many who left Lima. They promised themselves that for their children’s future and their now, they must and will continue to work towards binding agreements, even as this reality becomes less and less of a certainty.

2 Degrees is an important movie that comes at a critical time to give us hope in each other, and at the same time helps us understand that global climate negotiations are very likely to continue to fail, unless we rise up and demand that they do not. We must win. Nothing less then our very future and that of our children is at stake.

Yours, solemnly and in solidarity,