Beyond Extreme Energy: Peoples Climate March, Grandparents & The Next Wave 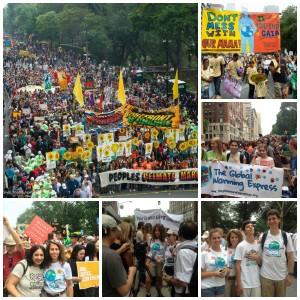 I get asked all the time: “What’s next, how can we top 400,000 people in the streets of New York City. What can we do to make world leaders, moms and dads, business leaders and the world, wake up and pay attention?”

There is no simple answer. What is clear though, is that we need to extract ourselves from the Faustian bargain we find ourselves trapped in. This ‘bargain’ is reeking havoc with our natural world in such a way that it is also putting the very existence of OUR species at mortal risk. 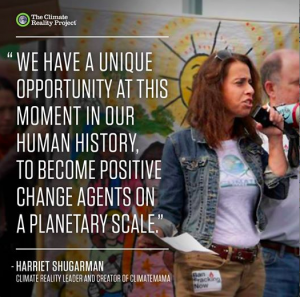 At the same time as we work to stop the madness and slowdown the fossil fuel bullet train which is racing humanity towards a bridge that isn’t there, we need to change tracks and accelerate and build up climate solutions, moving forward with renewable energy ideas and advances. We must put in place energy efficiency solutions and build up our resiliency to the climate chaos that is and will unfold, regardless of what we do today. We must continue to create climate hope, not only for the future of our children, but also for our now.

As part of this drive for climate hope, Climate Mamas and Papas from across the country will be meeting in Washington, DC, November 1-7th, for a week of actions. On November 1st we will be on hand to welcome and honor the original Climate Marchers. Those stalwart and brave souls who in March 2014, left California, to walk across the United States with the purpose and intent of raising attention to the climate crisis.

Starting on November 3rd, actions will take place every day to raise attention to the need to put a full stop to extreme energy and move beyond it, including non-violent direct action where Climate Mamas and Papas will be risking arrest. A big part of the BXE week’s events are to draw attention to the role of the Federal Regulatory Energy Commission (FERC), an independent body of the US government, which overseas the expansion and development of fossil fuel infrastructure across the United States. As a FERC employee told me recently: “In 20 years, we have NEVER said no to a pipeline.” Well, it’s past time that this rubber stamping stopped. More people need to understand that “FERC Doesn’t Work,” period!

To introduce the BXE week of action, we are thrilled to share with you this strong, clear and powerful letter of invitation, from Michael Bagdes-Canning, Pennsylvania Climate Grandpa extraordinaire. Michael sent the letter which follows, to friends, family and colleagues. When we asked him if we could share this more broadly with our Climate Mama and Papa community he immediately told us: “Of course!”

We believe that to be successful in the fight we find ourselves in, we must come at it from all sides and every angle. Many people around the world are joining Michael and using non-violent direct action as an important way to demand changes. As Kathleen Dean Moore tells us in her “rules of the river”, as more of us begin to throw stones into the river of climate chaos, we will create islands which will change the course, the direction and the speed of this dangerous, fast flowing, out of control current we are all now precariously traveling on.

Sustained protests and on-going arrests will continue around the country for the foreseeable future.

Letter from Michael Badges-Canning – Risking arrest for my children and grandchildren. October, 2014. 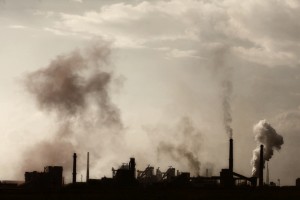 I have something big to ask you.
But first, though, let me tell you why you’re receiving this. 98% of you know me well enough to recognize my face. Two percent of you may not know me at all – we’re just connected through the Marcellus Outreach Butler mailing list or some other mailing list that I’m on.

But 2%… 98%… I’m writing you because I’m pretty sure that 100% of us share serious concern about climate change and fracking. I’ll save some time and not quote scary facts at you. I know you are already familiar with most, if not all, of what I could tell you.

Often when we read something about tackling big issues, writers emphasize how easy it can be to make a difference. It’s safe to say that this isn’t going to be one of those kinds of letters. In fact, just the other day, one of you reminded me that the simple things (recycling, changing the kind of light bulbs we use, etc) aren’t enough. I’m actually going to invite you to do something that could seem very, very hard. For some, given life circumstances, it may be impossible. But there will be hundreds more whom I hope will consider my request with utmost seriousness.

If we haven’t talked in a while, you might not realize how deeply I’ve been involved in the last few years with organizing and acting against climate change. It began in 2010 when, after nearly a decade of reading discouraging stuff on the internet, I said, “Enough is enough.” With the encouragement of my friend Linda, I got engaged in social issues. One thing led to another and, pretty soon, a small band of us made the front page of the Butler (PA) Eagle because the Commissioners had erected a serious barrier to free speech. 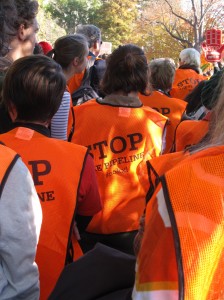 A year later, I participated in the March on Blair Mountain (so did Linda). There, I saw what a front line community looks like (mountaintop removal) and I got my first real taste of nonviolent direct action. It changed the way I look at how we respond to the evils that confront us.

A few months later I learned about the Keystone XL pipeline, what one writer called “the fuse to the largest carbon bomb on the planet,” i.e., Canada’s Alberta tar sands. Karen and I were arrested during day 3 of two weeks of sit ins in front of the White House. 1,251 other people were, too, in what marked a pivotal moment in that struggle. Once considered a foregone conclusion by the oil industry, KXL still hasn’t been built and likely never will.

All told, I’ve been in handcuffs 3 times (all for good reasons, I promise!) in the last 3 years and risked arrest 2 other times. Last year I locked down in the corporate offices of the folks who produced the morally and factually compromised Environmental Impact Statement on KXL for the State Department. Most recently, in July, I was cuffed outside of the Federal Energy Regulatory Commission in anticipation of their rubber stamp for the proposed Cove Point, MD Liquefied Natural Gas export terminal (which, in fact, was issued a permit on September 29th). 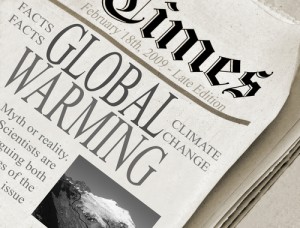 And here is why: I am realistic about the negligible chance that good sense is going to prevail among those who control levers of power in the global economy. We have almost no time remaining to make the non-negotiable, crucial changes that nature is demanding of us. In hindsight, I imagine that someday many industrial titans would eagerly accept a do-over for the part they are now playing in humanity’s ecological suicide. But they’ll never have that opportunity. And, unfortunately, neither will we. Whatever chance we do have to avert truly catastrophic climate change, that chance is now. And science says it will not last much longer.

Naomi Klein, author of the just published book This Changes Everything: Capitalism vs. The Climate, was quoted saying, “I think we need to be very clear about this – the only way you can win against forces with a huge amount to lose is to build a movement of people, many more people, with a huge amount to gain.”

That’s the one thing left that I’m willing to bet on. And I don’t just believe it: I KNOW that nonviolent direct action is the tool for this historical moment. Forged over millennia by prophets of numerous religions, honed to a keen edge in the last 100 years, tested and proven time and again in the real world, assertive nonviolence is the only tool we have which can simultaneously tear down and build back in equal and adequate measure. For a task that will require all of us, it’s the only tool we have that all of us can learn how to use.

If you, too, feel the urgency to spend yourself in order to buy back a future both for us and those who will follow us, then here is the link to the website that I’d ask you to peruse as soon as you have a spare moment.

I’m one of many working to organize the action called Beyond Extreme Energy (BXE). I’ll be going to DC on Saturday, November 1st and I’ll be risking arrest at FERC during that week. I’m asking you to join me in risking arrest sometime during the week of November 1-7. I am committed to finding fifteen more people to add to our numbers. It would mean a great deal to me to undertake this action side by side with you. In fact, one of the things I’m working on is a Pennsylvania day – a day in which folks from the Marcellus region band together to say “not any more.”

If that’s a possibility you would entertain, then I know you have questions about lots of things. Taking time off work or school, travel, legal questions, and logistics all need to be dealt with (actually, we’ve already done the logistics part). Write me or call me at and I’ll try to answer what questions you have. I will tell you the straight truth about anything you want to know.

Trust me that I wouldn’t make such a difficult and personal request of you if I didn’t believe with all my heart that building a climate movement of fierce and gentle people uncowed by threats and willing to offer themselves in body and spirit is the most important thing we need to do right now. And I hate doing this over email.

When Linda made the request to get me involved in 2010, it was in the form of a conversation at the North Country Brewery. If I could, that’s how I’d be talking to you. But the important thing is to ask. Until you get asked, you may never have touched the place inside that has long wanted to say YES! to the hope that active experimentation with soul force offers. 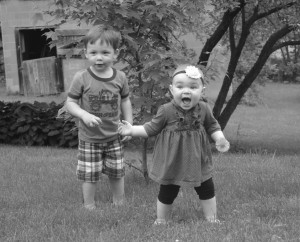 To close, I am a grandfather 4 times over. When our eldest daughter, Jennifer, told us that we were to become grandparents, all of this stuff became very real for me. I asked myself, “What am I leaving these kids?” I carried that thought, and the picture above (which I now have to update, 2 more grandkids), each of the times I’ve been cuffed. In July of this year I also carried the mental picture of my friends in the Woodlands, the Mars Parent Group, and Save Lake Arthur Watershed with me.

So print some pictures of your own. Let’s go to DC together.

ps. If you’d like to make a donation to support BXE, please click here. Your financial support is needed and appreciated!