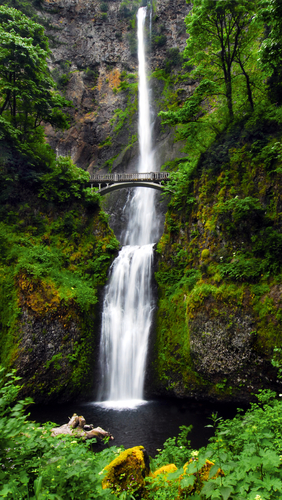 If you’re like most parents in the U.S.A, you know that teaching kids to save water is a constant struggle. Kids, whatever the age, are fascinated by water, and often don’t understand where water comes from, or that it’s a precious—and finite—resource. In fact, fresh water accounts for less then 3% of all the water on the globe.

I have a teenage son..My son loves to take a shower every morning. According to him, his shower is his “wake up time.” Every morning I end up knocking on his door to tell him to “get out of the shower” because if I didn’t, and when I don’t, he could be under the tap for a half an hour or more! Living in the northeastern United States, while he “gets it” he really doesn’t understand, even as a teenager, that water is a finite resource. We often hear from our Climate Mamas and Papas, even in places like California where record droughts are cause water shortages, that their kids who understand the impacts of climate change often don’t make the connection to water use, and still need to be told to “get out of the shower” as well!

This October, I’m working with the U.S. Environmental Protection Agency’s WaterSense Program to raise awareness about the important issue of water conservation. October is Energy Action Month and by taking action to save water, you will also save the energy that is used to heat and deliver that water to your tub, tap, or shower.

Here are some water facts from our friends at WaterSense, to share with the kids in your life:

* Showering adds up to about 40 gallons per day for the average family, and adds up to 1.2 trillion gallons of water in the U.S.

* Unfortunately, a lot of the water and energy we use for showering is wasted with old, inefficient shower heads that don’t even produce a satisfying spray.

* If your family replaces just one shower head with a WaterSense labeled model, every year you’ll save the amount of water it takes to wash more than 70 loads of laundry. That’s a lot of dirty socks!

* By needing to heat less water, you’ll also save energy, which translate directly to savings water and energy bills. 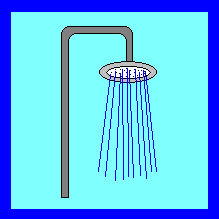 * Taking a shower uses much less water than filling up a bathtub. A shower only uses 10-25 gallons, while a bath takes up to 70!

For our Climate Mamas and Papas with younger kids, here are a few fun and useful links:

* Some additional resources that parents and teachers might find useful.

For all of us in the USA, it’s always a good time to remind the kids in our lives, how lucky they be growing up in a country where they can ‘turn on the tap’ just about anywhere, and be assured that clean, water will come out of it. In fact, access to clean, uncontaminated drinking water is unavailable to almost 1/6th of the world’s population. Millions of women are unable to work and millions of children are unable to go to school, because they spend so much time collecting water. So access to fresh water is clearly something we should NOT take for granted.