Taking to the Streets in New York City: The Peoples Climate March

Please Note: An edited version of this post, The Climate Change Revolution Begins with You, first appeared on MSNBC.com, on 7/30/14

September 21, 2014 is shaping up to be a day for the history books. Echoing the words of Paulo Coelho, “Life was always a matter of waiting for the right moment to act.” That moment is now.

September 21st, 2014 will be a day that, when people ask: “Where were you when the world came together and changed for the better?” Without hesitation you will tell them: “I was in the streets of New York City, a part of the Peoples Climate March.”

Surrounded by old friends, and new friends, by family, by neighbors and by tens of thousands of people from all walks of life, ethnic, religious and political backgrounds we will tell them: “ We came together to let the world know that we want and demand a brighter future for our children and ourselves.”

But least we forget, while lately there seems to be real hope on the horizon, hope doesn’t “spring eternal” and it certainly isn’t all “Kumbaya..” 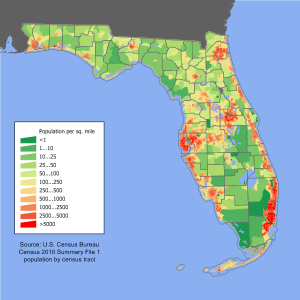 In mid July, ten prominent Floridian scientists called out Governor Rick Scott, asking for the opportunity to explain what’s at stake for Florida, which because of climate change, is one of the most threatened and vulnerable locations in the United States, and in the world. Other chilling facts, Almost ½ of all the 3.0 or greater earthquakes in the United States his year have occurred in Oklahoma, a state with a surge in fracking and fracking wastewater storage and scentrists have confirmed the link between increased seismic activity and fracking. Unfortunately, the US is successfully exporting our “fracking knowledge and expertise,” all around the world.

President Obama deserves strong support for his administration’s Climate Action Plan and the recently announced Clean Power Plan that works to significantly reduce carbon pollution. At the same time the new plan is silent on and in fact complacent in encouraging a switch to natural gas, a more potent greenhouse gas than carbon dioxide in the short term. Not only must we reduce carbon pollution, but we need to move quickly and expeditiously to renewable energy sources and away from all fossil fuels that continue to lock us into infrastructure that is no longer sustainable and which relies on an energy source that is exacerbating our changing climate. 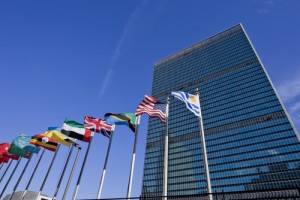 The Secretary General of the United Nations has put out a call to world leaders to join him at summit in New York City on September 23rd, the day before the opening of the annual United Nations General Assembly. One reason that people have been asked to show up, “in force” on September 21st is that it isn’t at all clear that our world leaders will accept the Secretary General’s invitation, or that they will begin – as they certainly haven’t done so far – creating the the required political will to do the “heavy lifting” needed to avert course and slow down the worst impacts of climate change that face us.

“There is opportunity amid this [climate change] peril – a chance to change the way we do business, plan our cities, fuel our homes and factories, and move our goods and ourselves. A low-carbon path beckons – a path that can create jobs and improve public health while safeguarding the environment. To help set us on this course, I invite all of you to a Climate Change Summit …in New York City.”
United Nations Secretary General, Ban Ki-moon.

Will our elected leaders show up and roll up their sleeves, ready to actually do more then “talk” about climate change, something they have been doing for more then 20 years,” with little to no real action put in place to address the climate crisis? As our world leaders have been “talking” our planet has been getting sicker and the future of our children and ourselves is in peril. It’s time that our leaders heard clearly from us. Unless they work together for positive change we will find and elected others who can and will create this change.

The 2014 US mid-term elections, with a slate of “climate deniers” in the running, will be a test of the people’s resolve. We teach our children to “lead by example” yet our elected officials, business and community leaders have been very poor examples when it comes to climate solutions. Oz isn’t really the Emerald City and it’s time to take of the “green glasses” and clearly see the future that scientists are showing us, we can and must change this, and have the opportunity to do so, but we must act now.

So, on September 21st we will be marching for a future and now that embraces and walks with a much lighter step on our planet, one which uses only renewable energy and one which encompasses a more mindful and thoughtful way of living. We are marching to support political leadership, businesses, organizations and individuals that promote, plan and work together towards repairing our planet; allowing our Earth the time and the opportunities it needs to heal. 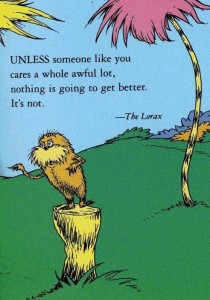 We are a coalition of parents organizations that are joining forces to encourage participation in the March – including Moms Clean Air Force, The Mothers Project, Mothers Out Front, Climate Parents, and many more. We will be joining labor groups, students, faith based organizations, environmental justice groups, artists, grandparents, military families, teachers, bankers, engineers, farmers and factory workers – hundreds of organizations and hundreds of thousands of individuals – collectively letting our world leaders know we are watching them closely and we can’t wait any longer for climate solutions.

The Peoples Climate March will be a party like only New York City can throw, a must attend event with an open invitation to all…Where will you be on September 21st? Join us Today!