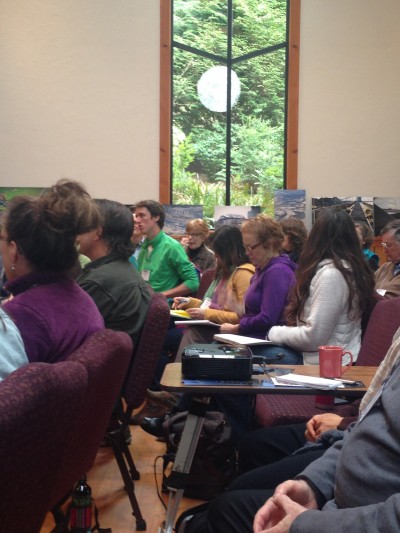 I recently attended a conference organized and hosted by the Cascadia Climate Collaborative of the Whidbey Island Institute, a special, dynamic and important organization made up of thoughtful and caring people who are tackling the climate crisis from a much needed and often neglected angle.

“The climate crisis is not simply an environmental problem; it is a human problem. We have caused it, and only we can act to avert this emerging catastrophe. The human aspects of the crisis are preeminent, and a full response to the climate crisis must encompass the moral, emotional, psychological, and spiritual dimensions of this daunting new reality. Preserving a livable climate is a fundamentally moral and ethical challenge.” Cascadia Climate Cooperative.

This conference was more then a step away from my “normal circles” on the East coast, not only physically, but also far away emotionally and spiritually from where I usually let myself go. I was drawn to this event, and felt I needed to be at it after watching a video from the Cascadia Climate Cooperative’s 2013 conference, which included some footage of Sightline’s, Anna Fahey, who we have previously featured on our ClimateMama blog.

Anna spoke from a place deep in her heart, as a parent, on why we must inspire one another. She spoke about the “intensity of the minority,” why we can and must be the levers that move the larger population. I felt like Anna was speaking directly to me!

Moral Power for Climate Action from Whidbey Institute on Vimeo.

I reached out to the organizers of the 2013 conference, and asked them if they ever held a follow-up event, if they would please invite me. While, as the saying goes: “be careful what you ask for.” The follow-up event was held on April 10-12th, 2014 and the invitation to attend was one I simply could NOT refuse!

As one of the only East coast representatives at this conference, I felt a responsibility, both as a witness – to a very special regional program; and, as a messenger – to find different ways to share what I saw, heard and experienced with a larger audience.

These are my top four takeaways, which I will be writing about in more detail in a later post: 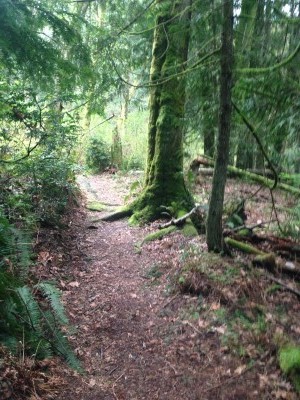 1. Local, coordinated and targeted actions can grow in power and numbers, exponentially, through the work of “connected” people; those who are connected, spiritually, emotionally, and those who have had a powerful shared experience, like this conference.
2. While different geographic locations lend themselves to different immediate climate concerns and also trigger different levers (i.e. coal/oil trains in the Pacific Northwest, vs. Fracking infrastructure in the Northeast) our struggles are for the most part so very similar and often have the same goals, which generate analogous outcomes and impacts. Many of the solutions, outside of the direct battleground actions, are and will be the same.
3. There are so many wonderful, positive, and passionate people working on climate solutions, from so many varied angles, that even while our shared journey remains epic and our challenges immense, hope really does spring eternal when surrounded by so much positive and forceful energy.
4. It is incredibly important to allow ourselves to grieve and feel the true weight and power of the climate crisis that confronts humanity. But after the grieving, we must pick ourselves up, and see the opportunities. My new friend Kristen eloquently explained this to me by using Steven Johnson’s example of the adjacent possible: “Incremental potential, parallel solutions, sometimes just out of our mind’s eye view, can help people caught in conflict or looking for change, to keep moving forward.” According to Kristen, we need to just decide – for example – that fossil fuels CAN stay in the ground, and that renewables ARE the answer, and we then CAN AND MUST proceed full scale forward..solutions and opportunities WILL AND DO abound.

With much more to come,

2 Responses to Climate Change Conversations: Grieving and the Adjacent Possible