The Climate Crisis: A Grandfather’s Reflections

Through our work on climate change we have the privilege of meeting many wonderful, carrying committed individuals around the world. Rolly Montpellier is one of those people. A father and grandfather turned climate activist, Rolly recognizes his generations’s missteps and mistakes in caring for our planet and his stated mission is to: “Move the passive, persuade the skeptic, and rouse the activist.” Go Rolly! 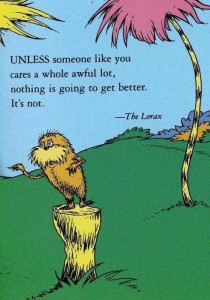 The following is one of Rolly’s posts from his online publication, “Boomer Warrior.” This post touched us through it’s sincerity and clear recognition of the facts. Share it with the kids in your life. As Dr. Suess’ Once-ler once said: “UNLESS someone like you cares a whole awful lot, nothing is going to get better. It’s not.” We are happy to see and know that people like Rolly care, it gives us hope for a better tomorrow~

When I reflect on the current condition of our environment and the fragility and vulnerability of our home, of our planet, I cannot help but feel saddened by what humanity has allowed to happen during its relatively short time on the planet.

Now in my sixth decade, I reflect on my own time on this earth. During my lifetime, we have created a global environmental crisis that threatens our children’s and grandchildren’s future. I ask myself many questions. How could I have let this happen? Where was I when our world leaders – politicians, scientists, the corporate sector, the United Nations, etc. – were squandering opportunity after opportunity to make the right choices, to do the right thing? Are we sleepwalking towards the precipice? There are no easy answers.

A New Common Purpose
We are able to solve this global climate crisis. The human spirit is resilient and innovative. But it will take a new definition of prosperity, one that does not focus entirely on perpetual economic growth. “Our pattern of thinking must make the rescue of the environment the central organizing principle for civilization,” says Al Gore in Earth in the Balance. 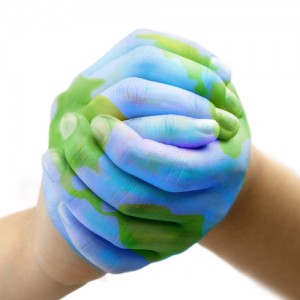 Whether we realize it or not, we are now engaged in an epic battle to right the balance of our earth, and the tide of this battle will turn only when the majority of people in the world become sufficiently aroused by a shared sense of urgent danger to join an all-out effort.

The successful resolution of the crisis we face is the moral imperative of our times. We have an ethical duty to ensure the survival of future generations. The following video shows our earth as a tiny speck in the vast cosmic dark. And yet on that speck is where humanity will either survive or perish. We will decide our own fate because “in all this vastness, there is no hint that help will come from elsewhere to save us from ourselves” ~ Carl Sagan.

This excerpt from A Pale Blue Dot was inspired by an image taken, at Carl Sagan’s suggestion, by Voyager 1 on February 14, 1990. As the spacecraft left our planetary neighborhood for the fringes of the solar system, engineers turned it around for one last look at its home planet. Voyager 1 was about 6.4 billion kilometers (4 billion miles) away, and approximately 32 degrees above the ecliptic plane, when it captured this portrait of our world. Caught in the center of scattered light rays (a result of taking the picture so close to the Sun), Earth appears as a tiny point of light, a crescent only 0.12 pixel in size.

Look again at that dot. That’s here. That’s home. That’s us. On it everyone you love, everyone you know, everyone you ever heard of, every human being who ever was, lived out their lives. The aggregate of our joy and suffering, thousands of confident religions, ideologies, and economic doctrines, every hunter and forager, every hero and coward, every creator and destroyer of civilization, every king and peasant, every young couple in love, every mother and father, hopeful child, inventor and explorer, every teacher of morals, every corrupt politician, every “superstar,” every “supreme leader,” every saint and sinner in the history of our species lived there–on a mote of dust suspended in a sunbeam.

Rolly Montpellier is the Founder and Managing Editor of BoomerWarrior. Rolly is also a registered Climate Leader (Climate Reality Leadership Corps) a blogger, an activist and a Climate Change presenter. BoomerWarrior is for the socially aware and politically conscious; for the change-makers and thought-provokers; for the light and young at heart; for anyone willing and courageous enough to move forward.