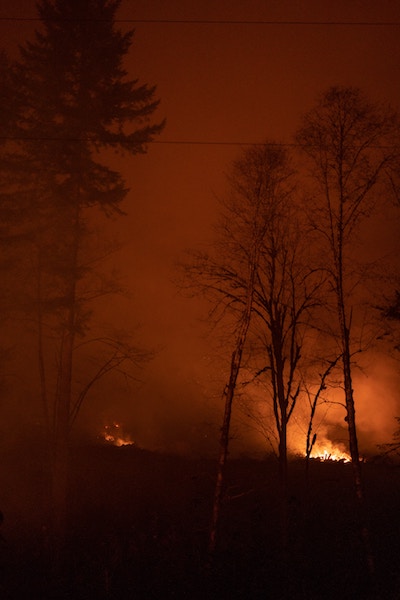 As the California fires from late 2018 fade to distant memories for some, the realities of their destructive forces live on for so many in the impacted region. As with many impacts of our climate crisis, those of us in the USA and other developed countries seem adept at hiding the destruction in “plain sight,” or temporarily “fixing” the immediate problems and moving on. We know that 2018 was the 4thwarmest year since we have been keeping records and 18 of the 19 warmest years have been in this century. Puerto Rico, Houston, Key West, Malibu, Staten Island, just a few of the many places in the USA ravaged by extreme weather events made worse by climate change continue their recoveries out of the media spotlight. Some places like Paradise, CA will never be able to recover.

As Climate Mamas and Papas, we are keenly aware of these facts and our every growing climate crisis. We know it will take all of us – working collectively – to give our children a chance at a livable future where they can also thrive, not just survive. So how do we reach more and more people who can join our collective actions? One way is through music and art.

We were thrilled when singer and songwriter Eric John Kaiser contacted us. Eric is a professional and independent French singer songwriter, originally from Paris, France now based in Portland, Oregon.

In 2017,  the Eagle Creek Fire in the Columbia River Gorge area near Portland, OR devastated over 50,000 acres and lasted for 3 months. While the fire was started by a person, the impacts were made infinitely worse because of climate change. Smoke covered the city of Portland for weeks. Many people stayed inside because of the bad air quality. Eric had never experienced anything like this before. It was heartbreaking for him. So, in order to increase awareness and give the climate crisis greater exposure, Eric decided to create a music video that would also serve to raise funds for “The Friends of the Columbia Gorge.”

You can watch the video here:

Eric is an uncle, with several nieces and nephews. He is passionately concerned about their future and now. You can learn more about Eric at his website.

We need a multitude of ways to reach people across party lines, ethnic and cultural identities, regional and national locations. Music and the arts broadly are important avenues for crossing these divides.