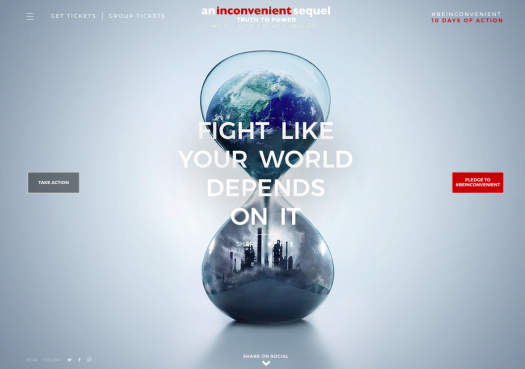 We are pleased to share this special post with you, by Canadian Climate Mama extraordinare Laura Sacks. Laura is a member of Citizens’ Climate Lobby Canada and a newly trained, Climate Reality leader.  In this post, Laura shares her training experience and why she chose to train with the Climate Reality Project.  We are sharing Laura’s post, with permission, as published by our Canadian partner, Below 2°C, co-founded by our Climate Reality friend and colleague, Rolly Montpellier. As well, Laura’s mentor at the June 2017 Climate Reality training in Washington State, is another dear friend of ClimateMama, Brian Ettling!

“Thank you, Mom, for doing this crucially important work as a climate activist. Your recent training as a Climate Reality Leader is inspiring, and serves as a reminder of the imperative of taking action, no matter your age or place in life, on behalf of a better future for the planet.”

As a mother, I think about the future of my two daughters and other young people a lot – what kind of world are we going to leave them? This latest heat wave and rash of wildfires here in British Columbia are yet further examples of our climate crisis.

If we don’t resolve the root causes of human-caused climate change, we are leaving our children a world where climate disruption gets considerably worse. But I find hope in collectively working with others to solve this crisis – including building the political will for policies that will accelerate our transition to a low carbon future.

I recently had the privilege of attending Al Gore’s Climate Reality Leadership Training in Bellevue, Washington. I was selected as one of 35 Canadians, joining 800 people from 26 countries. This three day training at the end of June focused on the latest climate science, communication techniques, and ways to effectively collaborate with others to address the climate crisis.

One thing that was surprising was the collective buzz of positive energy in the room – people united in being proactive about the climate crisis. I expected to be overwhelmed by the large number of attendees, but it was quite the opposite. I was energized by all the interesting people I met at every line up for coffee or lunch. Everyone had a unique story that brought them there.

Attendees came from diverse backgrounds – peoples of colour, indigenous people, those who traveled from faraway places in Africa and Asia. I was also inspired by the large number of youth attendees who are striving to create a better world for their generation. I was thrilled to meet several teenagers who are plaintiffs in the Our Children’s Trust Lawsuit against the United States government. What struck me was that they were not only passionate and committed about the climate crisis, but also just ordinary teenagers.

Former U.S. Vice President Al Gore was prominently featured throughout the training. After all these years, he is still passionate, humble, and genuine in his quest to educate others about the climate crisis. His presentations were framed around three questions: “must we change, can we change, and will we change?” He answered the first two questions with a resounding “yes!” But the answer to the last question “will we change?” was left up to us to make happen at this pivotal time in history.

Al Gore moderated in-depth panel discussions on climate science and policy, climate change and health, and coalition building between different sectors such as business community, people of colour, and the labour movement.

We learned about the self-organizing and rapidly growing resistance movement against Trump’s agenda. We heard from Washington’s governor Jay Inslee, who assured us that these are “great days and not dark days,” and described how he helped form a coalition of States committed to the Paris Agreement within hours of Trump announcing his intention to pull the USA out.

Other sessions emphasized communication techniques – such as telling our stories, public speaking tips, and connecting with diverse audiences over shared values. Participants also had the opportunity to get directly involved in a campaign to close a dirty coal plant.

As a Climate Reality Leader, we agree to complete 10 acts of leadership in our community each year. Many things I already do with Citizens’ Climate Lobby fit into that category, but I am interested in using this training as another means to reach out to parts of my community who aren’t actively engaged on the issue. I look forward to offering customized presentations based on Al Gore’s visually engaging slides to community groups who would like to be kept current about this pressing issue.

Ten years have passed since the screening of An Inconvenient Truth, and some of the impacts of our changing climate have been alarming.  An Inconvenient Sequel: Truth to Power is showing in theaters across the USA and Canada. This will spur renewed public interest in the climate crisis and solutions, and so we will all have more opportunities to engage our communities on this issue. Let’s hope this spurs us all to action.

Laura Sacks heads up the Nelson – West Kootenay chapter of Citizens’ Climate Lobby and is a new Climate Reality Leader. You can contact her at ccl.westkootenay@gmail.com. Her article was first published in the CCL Canada Blog.

Applications are now being accepted for the next Climate Reality Training, scheduled for October 17-19, 2017 in Pittsburg, Pa.