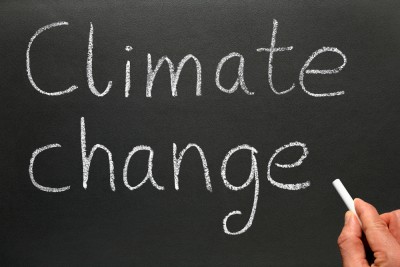 From time to time, we get inquiries from individuals and companies asking to guest post on our ClimateMama blog. We are happy to give folks the opportunity to share their views on ClimateMama, and we make clear that we don’t endorse any products or services unless we have tried them out, would use them, and recommend them to you! As far as advice, the same thing goes; we don’t share information unless we would also provide it to you. We were recently contacted by the folks at a new website, ClimateWise, who are looking to “set the record straight” on climate change information.  Below is an article we are pleased to share with you. We appreciate the simple and straightforward ways that ClimateWise helps us answer these questions. 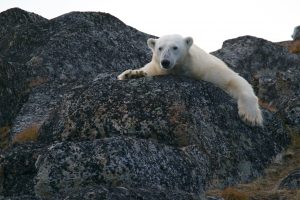 For a concept that is pretty much settled science for those who study it, climate change sure sees a lot of skepticism and debate from those in government and normal, everyday citizens. There are many misconceptions about climate change floating around out there, and they do us all a disservice. Climate change is something we all must understand, so that we can see just how important it is to act and to act fast. Here are some of these common misconceptions, set straight.

Doesn’t cold weather mean there is no global warming? Wrong. This is a common confusion of weather and climate. Weather is defined as environmental changes in the short-term – minutes, hours, and months. Climate works on a larger scale. Climate change refers to changing patterns that take place over years – decades even. In fact, global warming can actually cause harsher winters.

“Warmer temperatures in the winter of 2006 caused Lake Erie to not freeze for the first time in its history. This actually led to increased snowfalls because more evaporating water from the lake was available for precipitation,” notes Scientific American.

What about all of the scientists that don’t think climate change is real? The fact is that there are very few scientists who do not subscribe to the conclusion that global warming is manmade, it is a factor in overall climate change, it is happening right now, and it is a problem for life on Earth.

“Humans are causing global warming is the position of the Academies of Science from 80 countries plus many scientific organizations that study climate science. More specifically, around 95% of active climate researchers actively publishing climate papers endorse the consensus position,” says SkepticalScience.com.

Hasn’t the climate been changing for hundreds of thousands of years? Yes, but not at the rate it is today. Carbon dioxide, the greenhouse gas that is most responsible for global warming, has been on a steady rise in our atmosphere since the dawn of the industrial revolution. Scientists can study trees and ice cores to determine the levels of CO2 in the atmosphere going back hundreds of thousands of years, and we know that for most of history the global carbon dioxide level fluctuated between 170 and 300 parts per million. We have crossed the 400 ppm mark, and now hover at around 410 ppm. If you want to keep track of the CO2 levels, you can go here.

Ok, but there’s nothing I can do about it, right?

Wrong. There is plenty you, as a concerned citizen, can do to help combat the negative effects of climate change. Activism is the most effective way to fight. This means getting the message out there, joining up and volunteering or raising money for environmental organizations and climate change groups.

You can spread your message through customized merchandise with a clear and concise message. Research companies like RushOrderTees.com that allow you to place small orders, so that you aren’t biting off more than you can chew. Sell the shirts, hoodies, and tote bags, then donate the proceeds to a local like minded cause.

You can participate in the political process, vote, and urge your representatives to support policies that help combat climate change, not exacerbate it. And encourage everyone you know to do the same.

In your own life you can take steps to reduce your carbon footprint like driving a more fuel-efficient car (go electric or hybrid!), taking green modes of transportation (walking and biking), reducing your consumption of red meat and dairy (their production is a huge factor in global warming), and making your home more energy efficient (think appliances, lighting, and water consumption).

As the sea levels rise, ice caps melt, oceans acidify, species die off, and weather becomes more intense and unpredictable, we are faced with the consequences of climate change on a daily basis. Without a change, it will only get worse. It’s vital that everyone – from world leaders all the way down to Joe Q. Public – take heed of the science and begin to work to reverse climate change. Time is running out.